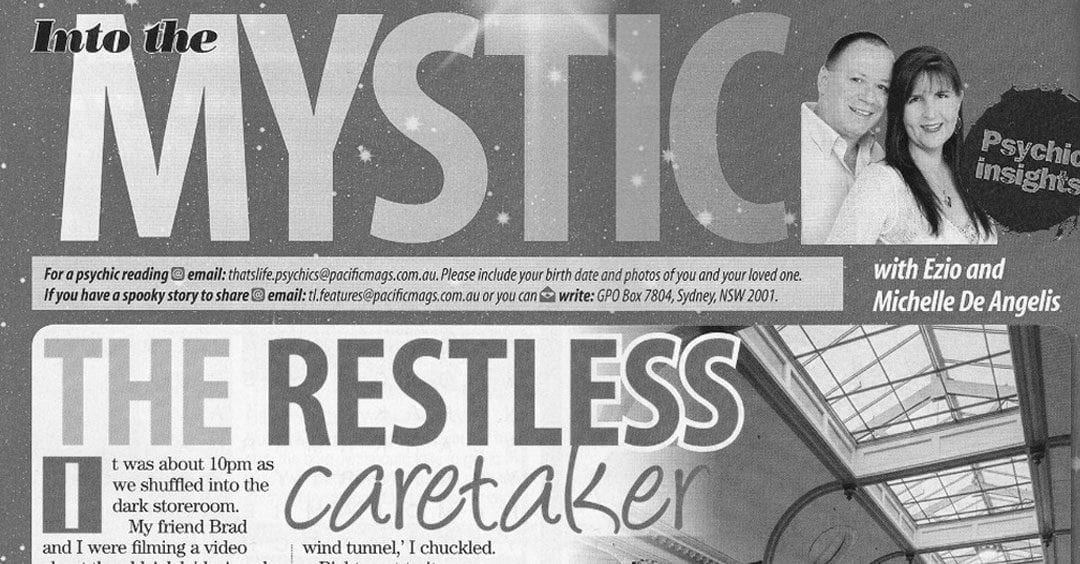 “It was about 10 p.m. as we shuffled into the dark storeroom.  My friend Brad and I were filming a video about the Old Adelaide Arcade.

Built in 1885, it was thought to be haunted, so we got to work setting up the camera.

“You’ll never guess what happened,” I told Brad, “I was walking towards the storeroom door when it opened right in front of me!”

He was noticeably spooked, but as I finished my story, the same door suddenly swung open right in front of us.  Going pale, Brad turned and bolted from the room.  I giggled, chasing after him.

Just then, the door suddenly slammed closed behind me.

Even though I’d investigated the paranormal for years, I always looked for rational explanations first.

Right next to it was a room that had once served as the living quarters for the caretaker, Francis Cluney.

Back in 1887, father of five Francis was checking a flickering light when he fell into an electricity generator and died.  Since then, many people had claimed to feel his presence in the building.

Even so, I was surprised by what I saw when I played the video we’d recorded back.

Smiling as I saw the footage of Brad sprinting out the open door, I wasn’t prepared for what I heard next.

As the door clicked closed behind us, I could clearly hear footsteps on the four stairs leading from the door inside.  Then there was a heavy sigh.  It was as if a man had descended the steps and groaned into the camera.  I could not believe it!

And my paranormal encounters did not end there.  Leading a tour of the old tearoom in the arcade’s basement, one day, I saw a dark figure passing by the door behind us.

“If there’s anyone here, make your presence known,” I asked.  Seconds later, a girl in the tour group, Tracey, let out a scream.

“Something touched me!” she panicked as the blood drained from her cheeks.

Until that point, she’d been the most sceptical of our group.  Now Tracey claimed to have felt a  hand stroke her face and sweep back her hair.

She was visibly shocked and hyperventilating.

Afterwards, a video would show there was no-one near Tracey.  I can’t say if it was Francis, but to have this possible evidence of the paranormal was a thrill. 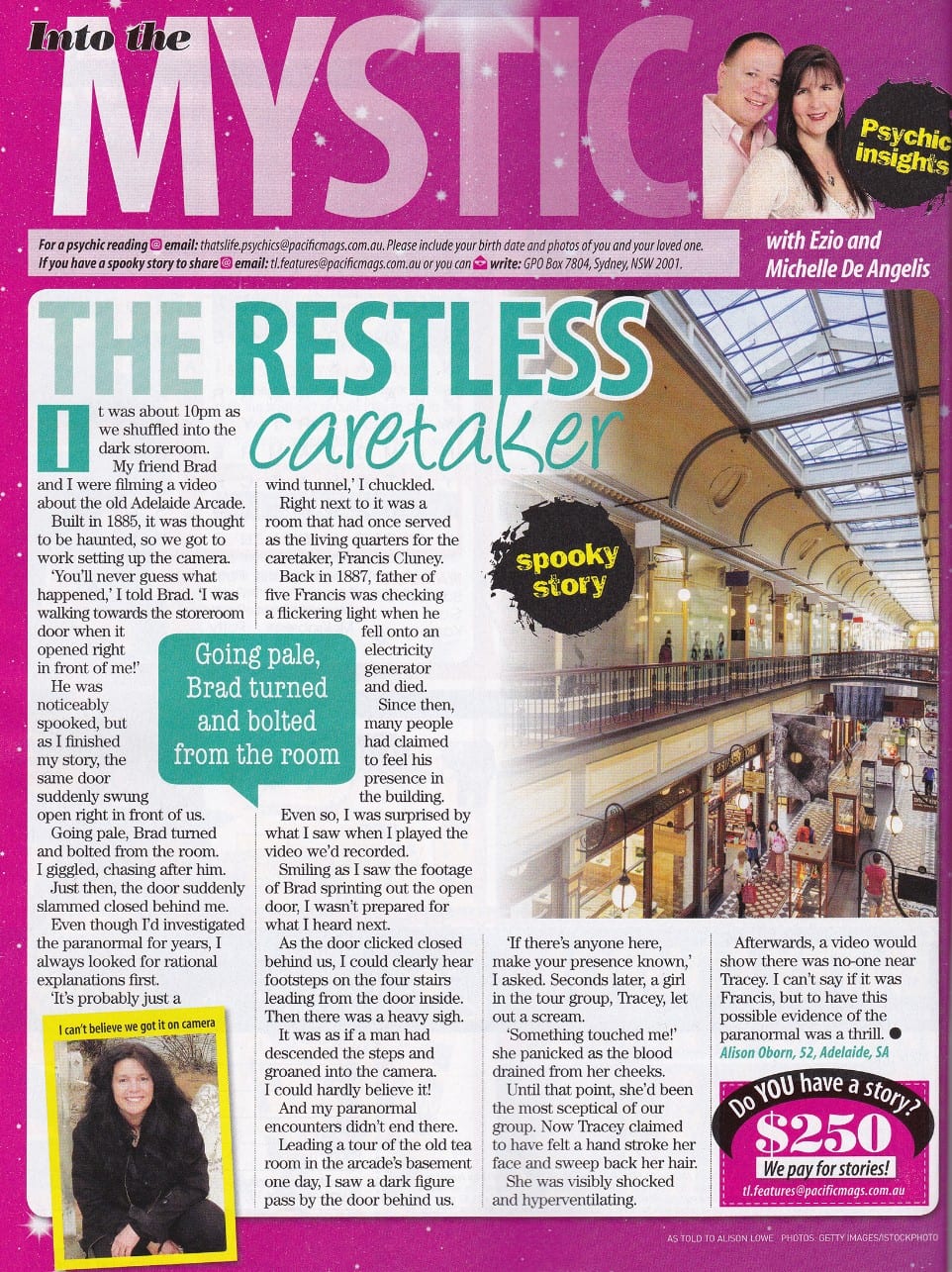