The Dark Hedges Gives us a Suprise – By Kag Allwood

History of the Dark Hedges

The Dark Hedges was made famous by the hit HBO TV show ‘Game of Thrones’.  It was portrayed as part of Kings Road used by Arya Stark as she escaped from Kings Landing on the back of a cart, disguised as a boy.  For those that aren’t GOT fans and haven’t seen one iota of the show, then it’s a beautifully stunning tree-lined road in Ballymoney, County Antrim in Northern Ireland.

The rows of beech trees were planted by the Stuart family sometime in the 1770s to flank either side of the driveway leading to their Georgian mansion, Gracehill House.  Originally there were 150 trees, but now the numbers have reduced dramatically due to age, storms, malicious damage and traffic damaging the roots.

James Stuart was given the land in Ballymoney, along with other lands in Ireland, from King James I as he was the King’s Ambassador in Turin, Italy.  Unfortunately, James never managed to see the land he had acquired, as he drowned on his way to claim it!  The gifted land was kept in the fiercely fighting family hands for centuries after that. 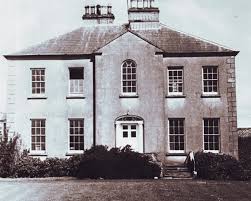 The next family member that is recorded is Brigadier-General William Stuart who became impoverished after raising a regiment in support of King William III, resulting in the loss of some of the estate.  His son James fought alongside him and was injured in one of the battles, but despite this, still managed to have 21 children with his wife Jane!

James’ son, Irwin Stuart, focused on the battle on souls instead of war and followed a career as a vicar.  He married a lady called Elizabeth and have 6 children.  Irwin’s son, James, started building the property in c. 1775 and called it after his wife Grace.  His life was a mixture of army and family life.

The family at some point moved to North America and after that the history of this building is vague.  It was, however, bought by a Major Windsor in 1955 and then the Gillian family in 1971.  The latter family changed the whole purpose of the land and made it into a golf course.  In 2015 the property was sold once again with the whole area, including the property, being refurbished.

A female figure is reported to have been seen gliding along the road and disappearing after the last tree.  This woman in white or a white mist has been reported on a number of occasions.

It’s not known who this wandering lady could be, but there a number of possibilities.  One belief is that she is a member of the Stuart family, possibly Margaret or ‘Cross Peggy’ as she was known.  She was the daughter of James and Elizabeth, the original builder of the property.  Another belief is that she could also possibly be a servant girl that went missing under mysterious circumstances or maybe a lost soul from a nearby forgotten graveyard?

With time on our hands that evening, we decided to find out!

In 2019 Alison and I visited the ‘Game of Thrones’ sites based in Northern Ireland and had an absolute blast.  The most impressive and eerie part of it all was the Dark Hedges.  We were so impressed and intrigued by the ghost stories that were told, we decided to carry out an investigation of our own.

We arrived at the Dark Hedges in time for sunset, ready to take some photos of this stunning area.  Soon it became dark, and as we walked the lane, we decided that it was far too black and creepy out there.  As we all know, it’s not the dead you have to be afraid of and with that being said, we decided to investigate in the car.  If any energy was to join with us, being in the car shouldn’t make any difference …. surely!

Not long after we began.  As we started our session, Alison could feel the car rocking slightly and I confirmed that it was me.  I have restless legs at times and moving them can help.

We then started with a ghost box session and it was interesting to have a woman’s voice come through and certainly appeared to be answering our questions.  Partway through though, her voice abruptly stopped and a strong male voice took over, almost as though the woman was being forbidden to talk to us.  In fact, the male voice got quite abusive with words you would not expect out of a radio station.  Just then the car started rocking again, this time it wasn’t me, it wasn’t Alison and there was no breeze whatsoever!  The whole atmosphere in the car changed and suddenly had an ominous feel to it. It was decided to lock the doors although I am not sure what good that was going to do.  Can we say we contacted the ghost of the Dark Hedges?  No, but we will say that the rocking of the car was extremely unnerving!

Eventually, it was getting late and we started back to our lodgings.  Even driving back through the tree-lined road was eerie!

All of this investigation was recorded on a mobile phone, all our evidence was caught.  Then, on the ferry back to England, some low-life stole Alison’s mobile phone and with it, all our photos, tour videos and investigation were gone, apart from a few photos on my phone.  What they couldn’t take from us was the great time we had in Ireland, the fantastic tours we went on and the memories we have to treasure.