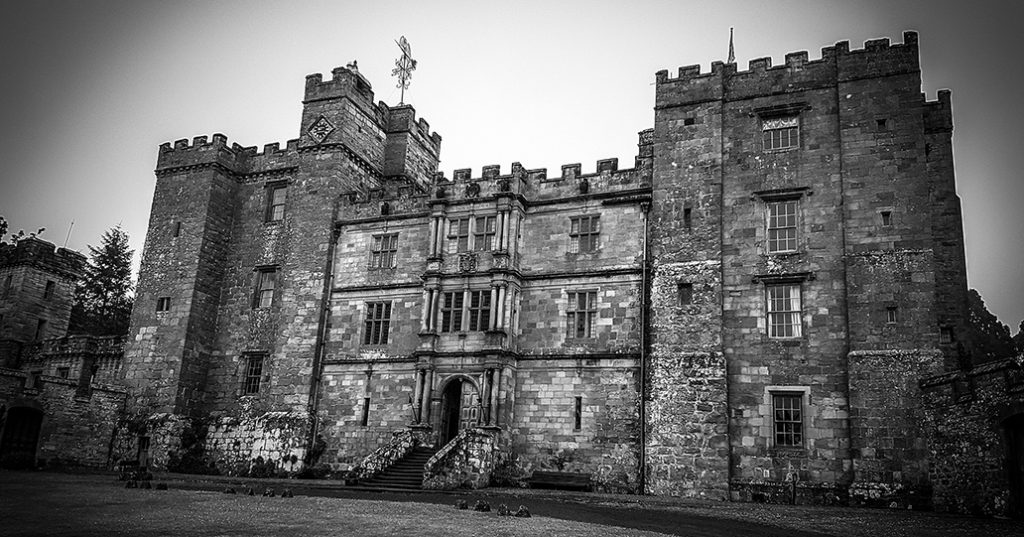 Paranormal Investigation in search of the Chillingham Castle Ghosts

In 2016 we were lucky enough to travel to Chillingham Castle.  Having seen it on numerous documentaries and TV Ghost Hunting Shows we were intrigued to see what it was all about.  And so it was we booked a room to sleep in, one of the most haunted rooms in the castle to see if the Chillingham Castle Ghosts were real.

Chillingham is beautiful in its remoteness, nestled in the heart of Northumberland but its tranquil beauty is deceiving as it did see many violent times.  Originally destined to be a monastery when it was built in the 12th Century, it sat on the border of Scotland and England. The conflict between the two was bloody and soon Chillingham found itself being fortified into a castle.  It became the first line of defence against the marauding Scots.

It has now been the home to the Earls Grey for over 700 years and hosted Royalty, including King Edward 1 (Longshanks) of ‘Braveheart’ fame.

A Dark and Torturous Past

But the castle also hosted a dark past, it is claimed that the darkest time was one of torture and death, mostly at the hands of the resident torturer, John Sage.

John Sage had fought with Edward 1 but once injured was unable to fight anymore and being loyal to King Edward, pleaded with him to keep him on in some capacity.  He was given the job of torturer and stepped into his new role with relish.  It was said that he had a deep hatred for the Scots and little mercy, with over 7500 men, women and children suffering an agonising death at his hands.  Often legs and arms were broken before they were thrown 20ft down into the oubliette.  With no way to escape they were to eventually starve and die in pain and in fear.  If this was true, then one can only imagine the feeling of hopelessness.

It was also said that John Sage met with an equally gruesome death after he accidentally killed a tribesman’s daughter, that he had been in love with.  The father exacted his revenge and John Sage was executed at Chillingham, with parts of his body taken as souvenirs.  A fitting end to a life dedicated to such cruelty.

I will note here that there does seem to be conflicting opinions on whether John Sage ever existed or not.  But whether he did or not, the bloodshed and violence were very real.

No wonder Chillingham Castle is widely regarded as one of the most haunted places in the country. 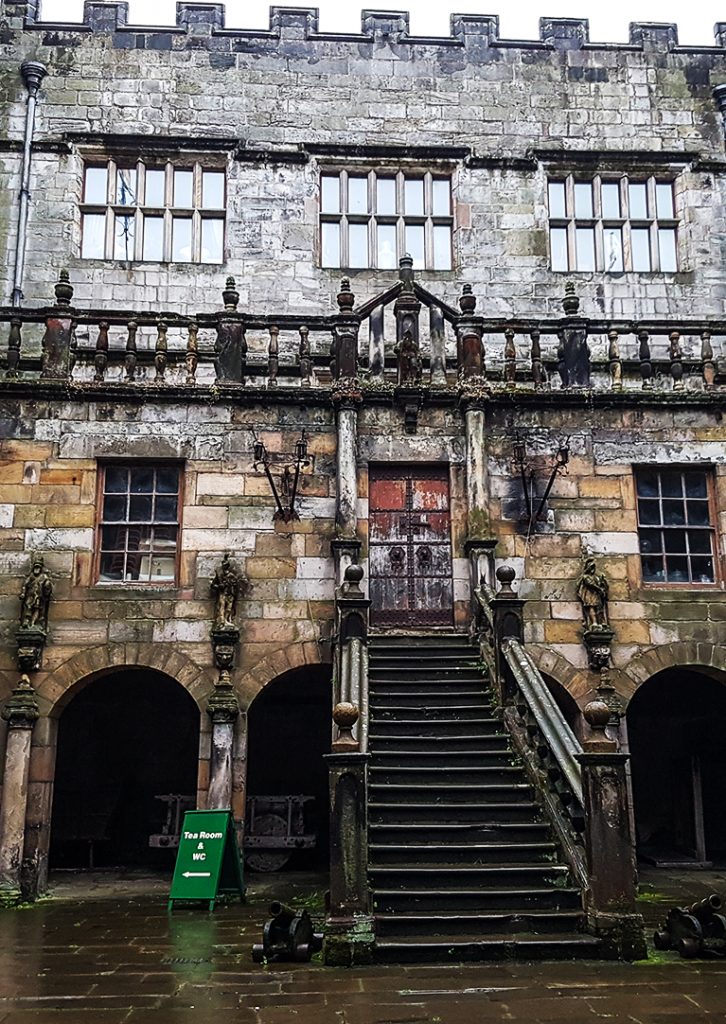 Reputed to be haunted by a number of ghosts, including a Grey Lady, we were excited about the night ahead. One of the most famous ghosts is the ghost of the ‘Blue Boy’ often witnessed by flashes of blue light or a halo.  Interestingly I wasn’t to know this until researching here for this article.  These sightings settled down when two skeletons, one of a man and the other a young boy were uncovered during renovation work.  They even found documents with the remains, dating back to the Armada. Who they were and why they were hidden remains a mystery.

Upon arriving in our known haunted room for the night, we found a book which previous guests had written in, explaining all of their paranormal activity… or not depending on the night.  Footsteps had been heard in our room and the taps turning on by themselves.  One guest was so terrified that he couldn’t sleep in the bedroom and ended up on the couch for the night!  Around the castle guests had been touched and also children heard running around (we didn’t realise how relevant this would be for us).  So, when night fell, so did we …. asleep!  We did manage to struggle awake at about 2 a.m. and go off investigating, quietly though as there were a number of residents in the hotel at the time.

At this point, I will mention, that this was not intended to be a serious investigation but just a sleepover in a haunted castle. We were very underequipped for this visit… something that was remedied on our future travels.  So the following was more of a dabble to see if there was anything to the stories of the Chillingham Castle Ghosts.

We started our investigation in a big room which was filled with some unusual objects.  Here we also found a number of items that previous guests had stolen from the Castle but then returned with letters of apology, as it seems the castle has a witch and anything that is illegally removed from the building gives the culprit bad luck!  We carried on searching the room as we were hearing some unusual noises coming from one corner.  As we checked out the area, our torchlight lit up what I can only describe as the most unusual painting of a lady.  We ended up in fits of giggles and nothing could stop us. Was this the Chillingham Witch?  Would she get her revenge for our poor behaviour?

We moved onto an extremely small, very cramped, claustrophobic cell.  It had the tiniest doorway I had ever seen.  It felt very calm in there and quiet too.  Even the oubliette below us was quiet and felt peaceful despite what terrors it had seen.  We decided to leave the cell to try the big room once more, and as we were checking out the scratches on the cell door, we heard what we thought was a stomach rumble.  The problem was we weren’t aware of either of our stomachs making any sound and it did appear to come from behind Kag. Was it a moan or was it a stomach? The jury is out on this one.

Back in the big room, the faint noises and possible shuffling footsteps continued.  As we started to question whoever might be there, Alison thought she saw a flash of blue light from her peripheral vision by the door.  Dismissing it as a trick of light we continued.  The flash was quickly followed by the sound of a door and then what sounded like a child running down the corridor.  Unbeknown to us until we did the research for this write-up, there is a young boy reportedly at Chillingham Castle that shows as a flash of blue light! There was no one around and it was the early hours of the morning.  Sounds of children have commonly been reported in that area of the building.  Had the Blue Boy been in the room with us, and now left?  The activity and sounds certainly died down after that.

We retired to our haunted room for an investigation but all was quiet.  Unfortunately, we weren’t awoken in the night by the sound of footsteps or by taps being turned on.  Instead, we slept soundly.

For us, Chillingham had been an interesting place to stay and do a small impromptu investigation but apart from a couple of intriguing happenings, as often is the case in the world of paranormal, the Chillingham Castle Ghosts remained elusive.  Although quiet on the night it was still a humbling feeling being in such an iconic part of the bloody Borders history.  We could tick Chillingham off our bucket list of places to investigate.  One day though we would love to return, this time more prepared to do a much bigger and more professional investigation.

Did the Chillingham Witch get her revenge in the end?   Yes, she did.  Alison lost her reading glasses and we couldn’t find them anywhere.  Paranormal …. probably not.  A story to tell in the future …. for sure.

To follow and join in future live investigations around Australia, the USA and UK then pop over to our Patreon page:
Or follow us on Facebook