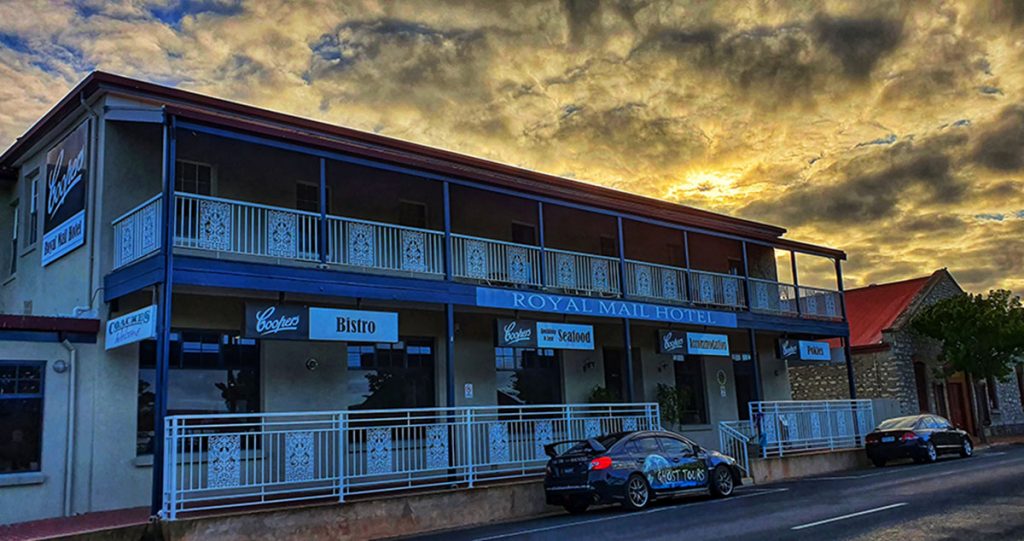 The Royal Mail Hotel ghosts and how they came to be there can possibly be answered by exploring this iconic hotel’s past.

Kingston South East is a small coastal town, about 294 km from Adelaide. Most people driving through would be very familiar with the Kingston Giant Lobster, but some would not know to come off the main highway to discover the heart of this quaint historic town.

The town was named after Sir George Strickland Kingston, one of the original colonists who arrived in 1836 and who assisted Colonel Light in surveying Adelaide. He went on to become an architect, politician and his son Charles eventually became our State Premier. 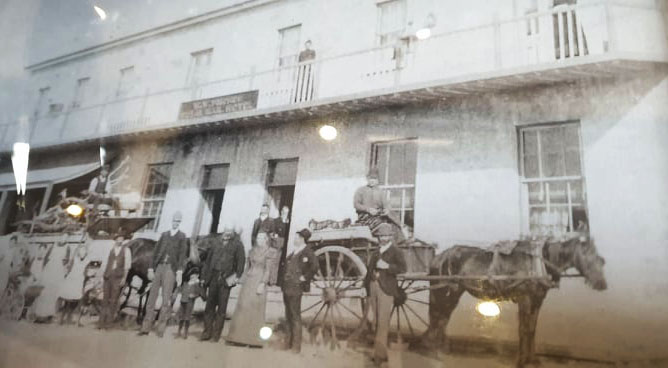 It was felt that a safe port was needed to ship wool and goods to England, and the area now known as Kingston South East was chosen. Soon the little town boomed as it became a busy port.  The workers, of course, needed places to serve their needs when it came to sleeping, eating and drinking and so in 1867 the Royal Mail Hotel opened its doors.  It was also vital for the Royal Mail coach run, hence its name, as the coaches used to stop, rest and change their horses there.  The stables still remain, although now used as storage.

The Royal Mail Hotel survived a fire and even a major 6.5 magnitude earthquake in May 1897, the damage which can still be seen today on the walls under the new plaster and paint.

It was while Kag & I were investigating the Caledonian Inn in Robe, that we found a post on our live stream from a gentleman named Tyson,  suggesting that we should come and investigate The Royal Mail Hotel, as they have been experiencing strange happenings for many years. These reports have been made by owners, employees and guests.  They include hearing strange sounds coming from upstairs, when they know nobody is up there, almost like the sound of a child running around.  Guests in the end bedroom often report hearing footsteps coming up the stairs and a knock on the door, but when they open the door to look the hallway is empty.

Previous owners reported seeing a little girl in the managers quarters upstairs.  We were told by Tyson how more recently, one of the managers opened the door to enter the quarters when it was wrenched out of their hand and slammed shut which obviously was unnerving. Tyson said he believed there was more than one spirit remaining in the Hotel as reports he has had, indicate at least one child, a lady and a man.

Before checking out the Royal Mail Hotel ghosts, we quickly researched deaths.  In the short time we looked we found several deaths associated with the Hotel including one of the stable lads who was found dead off the jetty.  It was uncertain if it had been an accident or if he had taken his own life.  Another in 1932, Oliver Pincher was punched hard and fell off the verandah, striking his head.  He never regained consciousness.

The death that really stood out took place in 1923.  The proprietor of the Royal Mail Hotel returned from a trip to Adelaide and quickly smelled gas.  He went to check on the acetylene gas generator only to find it leaking.  Tragically, it is thought he chose to use a match to check and the tank exploded in his face.  He suffered severe injuries and died later that day.  Sadly he left his wife and 3 young children behind. 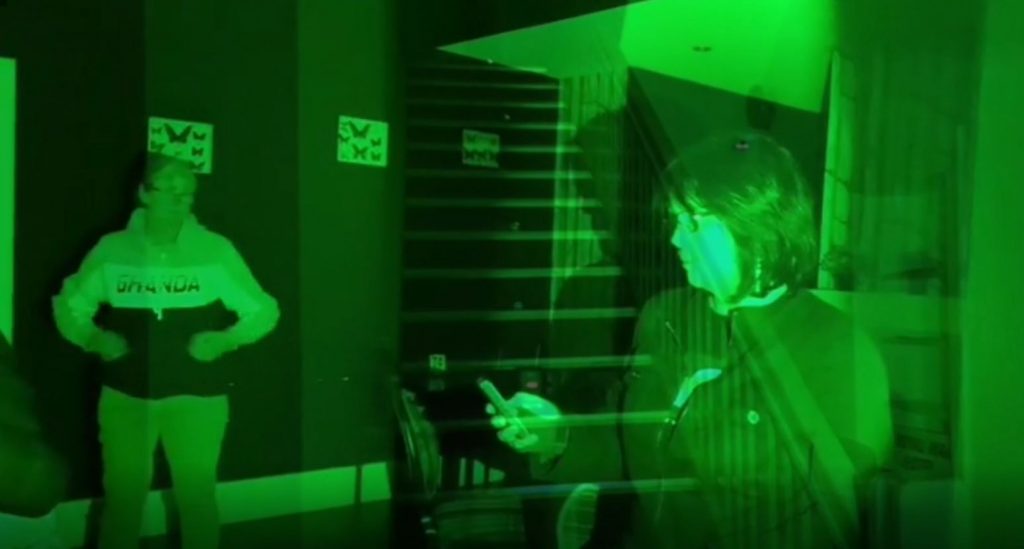 We first arrived at the Royal Mail Hotel earlier that afternoon and was met by the lovely Tyson who showed us around and filled us in on the stories.  We were then shown our rooms for the night.  I had chosen that room nearest the stairs in the hope that I too would be awoken in the night by strange goings-on.  What made the room stranger still, was the second door that led to nowhere.  It overlooked the staircase but now there was no landing to step out onto.

We quickly set up our equipment upstairs and it wasn’t long before our Paranormal Music Box triggered.  This has a small beam that, if broken, will play creepy music.  This was closely followed by thuds coming from the Managers Quarters.  Once the equipment settled we tried for E.V.P. (Electronic Voice Phenomena) but with no success.  Whoever it was that still remained, obviously was not interested in leaving any strange messages on our voice recorder.  We tried other methods such as table tipping to elicit any interaction. The table didn’t even wobble.  Mirror gazing… nope, nothing there either.  The Estes Experiment (Ghost Box with headphones) was a little more intriguing with some very relevant names coming out of past landlords that we did not know of, one of them being Phillip, which was the first landlord of the Hotel.

It wasn’t until we were about to move downstairs that the equipment really kicked off.  As we were trying to sign off, the static electricity meter triggered outside my bedroom door, the music box played and a flashing cat ball toy went off on the bottle of rum we had put out as a trigger. Very curious as these all react to different environmental triggers.

A lot of what we had happened was curious stuff.  Did we get any definite answers to who it might be? The name of the first landlord was repeated several times as was another landlords name ‘Maggie’ who is listed as one of the female landlords.  We were only there for a few hours, and as all us, investigators know, it doesn’t happen all the time!  I really feel it would be worth returning at some point to explore this further if Tyson is happy to have us.

Don’t forget to visit the Royal Mail Hotel in Kingston SE, even if it is just for a drink and a meal.  The food is excellent and the staff extremely friendly.  If Tyson is there, I am sure he will be more than happy to update you on the weird goings-on there!

For the full investigation watch the video below:

To read more articles like this visit Our Paranormal Blogs