The Gumeracha Hotel Ghosts have been rumoured to be there for quite some time, but what was the history behind this historic Hotel and who could they be?  It certainly had a long history, dating back to 1861.  It originally was known as the District Hotel and kept this name until 1959, when it changed to its present name. 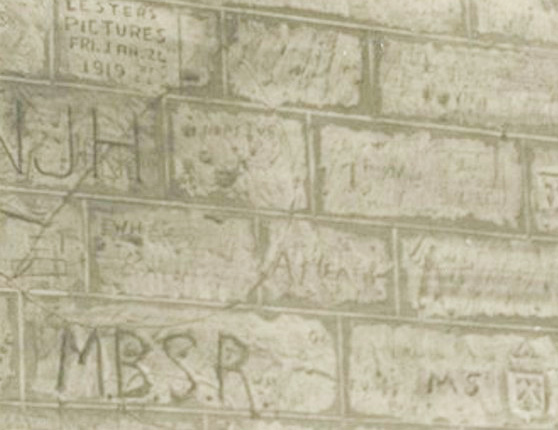 Gumeracha is a small town famous for its Rocking Horse and sits approximately 50 mins from Adelaide.  Originally though, it was the Gumeracha Hotel, that was the drawcard for early-day tourists as, under the plaster on the outer walls, lies something very special, more than 1000 names etched into the soft sandstone used to build the Hotel.  Some of these names went on to become well known in their own right, while others delighted in coming to Gumeracha to read Australias biggest ‘Visitors Book’.  It was said the names covered the wall from the pavement up to the balcony.  How awesome would it be to see these still and be able to read those names, some of which would be familiar to us through their achievements in our history.  Maybe one day in the future they will again see the light of day and become a drawcard once more.

There were many publicans during its long history one, in particular, did pass away in the Hotel from a long illness. Patrick Corcoran, in 1926, had only been the publican at the hotel for a year before he succumbed.

The biggest tragedy was New Year’s Eve, in 1928.   George Farley owned the blacksmiths/garage close to the Hotel, where he had a 20m well that was covered over.  On the morning of the 31st Dec, the electric pump stopped working so, Farley decided to go down and see if he could get it started again.  It had stopped working so a gentleman went down to work on the motor while sending another young man off to get a spanner.  The young man had only just turned to do this when he heard an explosion behind him that came from the well.  Running back and calling, he was met with smoke and fumes.  People came running from all directions, and one of them was Farley’s lifelong friend William Crook.  Without hesitation, he climbed down to help is best mate, but soon he too fell silent.  The third person to die that day was the local police officer, Mounted Constable George Thomas Smith who, valiantly tried to help but, he too succumbed to the fumes.  It was believed that the fumes were petrol fumes and were coming from the blacksmiths, which doubled as a petrol station.  It was thought that somehow they had accumulated in the well and that a spark from the generator had ignited them.  Interestingly, Mr Crook was not a local and was living part-time at the Gumeracha Hotel when he died.  His remains were taken back to the Hotel for his funeral.

The Gumeracha Hotel Ghosts – who are they?  We had originally been told that the Gumeracha Hotel staff thought a lady haunted the hotel, and the locals had affectionaly nicknamed her Aggi.  One room upstairs is even known as Aggi’s Room.  In fact, a previous publican called us to tell us that, despite him being a sceptic, he had witnessed a few strange things himself in the Gumeracha Hotel. He told us how visiting children with their parents would occasionally report that they were seeing a lady watching them from the staircase.

Another incident told was how he was with another couple of guys in the bar when they heard the fridge door open so, he looked around and reported seeing a beer glass momentarily hovering. As he turned to see if the other guys were also seeing it, it dropped to the ground and smashed on the floor.  The other gentlemen with him also witnessed this.  He told of a time that he quickly got out of bed as he could smell breakfast cooking, and it was always a rush to get there first and get the best bits.  However, he rushed downstairs, determined to be ahead of the crowd to find the kitchen empty.

Amanda Warren is the present owner and, she also told of Aggi’s Room, which is where her daughter now sleeps.  When Tayla first moved in she too was sceptical and thought the ghost was a little bit of a joke, but within a month had her own experience.  She had been carrying some washing past one of the bedrooms, when the bedside cuboard door slammed shut and then the main door.  Sometimes her lights will flicker in her room and she will tell it to stop which it did.  A local had also reported seeing a lady at the window of ‘Aggi’s Room’ but when going into the hotel found nobody had been upstairs. 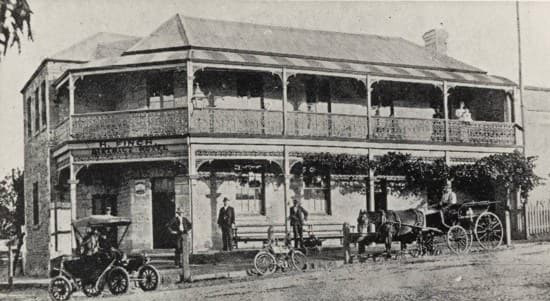 We were invited to come and find out if these experiences and stories could be verified with the equipment.  We decided, to start on the stairs where the lady has been seen.  Almost immediately the Ovilus (Electromagnetic Field meter that turns readings into words) called out the words “Well” “Ok” “Together” which was curious with the history of the tragedy, it quickly followed it up with  “News” which it had been at the time.

We put Craig (our team member) on the headphones to do an Estes Experiment (Ghost Box with headphones so questions can’t be heard).  We were immediately told to get out and, when we asked if it was somebody other than Aggi, he immediately said “Yes”.  Meanwhile the Ovilus said “January” and “80”, we were to find out that this was relevant but we didn’t know it at the time.  While Craig was listening, Tayla startled as she thought she saw a figure in the room at the top of the stairs, almost like somebody was on the bed and getting out.  At the same time we asked for a name and Craig came out with “Agg”.  The next responses did seem to refer back to the tragedy though “Down, youth and Brave”.  Interesting words, as we again did not know about the young 23 year old Louis Schulze who took over the situation and bravely with a handkerchief tied around his mouth, insisted on being lowered down to try and help.  He managed to tie a rope around the body of the young policeman before passing out himself.  The onlookers pulled them both to the surface where Louis regained conciousness but alas the officer was dead. Could the words be referring to the bravery shown by this young man?

Next, we left the stairs to focus on Tayla’s Room (Aggi’s Room).  Again January came out of the equipment followed by what sounded like choke, even though the Ovilus printed ‘Joke’.  On listening back it clearly does seem to say ‘choke’ and the ‘ch’ sound was very distinct.

Tayla asked if there was too many people in the room and, on listening back to the voice recorder, we could hear a clear ‘yes’.

The Estes was next, and when the questioners asked if Aggi was happy that Tayla shared her room, the caller came out with “love her”.  Kag tried to clarify if it was Tayla she loved, and it came out with an immediate ‘yes’.  If this is true and not just random radio, then whoever is there, seems to be at peace with Tayla sharing her space.  While this was happening, one of our subscribers, watching the investigation informed us that there were two Aggi’s associated with the hotel one of them was born in January and died at 80 years old (relevant to responses we got earlier in the evening).

It wasn’t long before the answers became relevant to the tragedy once more, talking once more about an accident and even mentioning petrol. Remember, we went with little knowledge about the explosion and the causes and that this research came after.

Although we had nothing startling happen at the hotel, which is the way of many investigations, but did get a number of curious responses on the equipment and, relevant to events that had happened there.

As we always remind people, we do our ‘On the Road Live Investigations’ campaign (which this was part of) to promote tourism which, is struggling at the moment.  Gumeracha is a beautiful town and, the Gumeracha Hotel Ghosts would love to see you visit as, would the owners.  We can definitely recommend the food and I am sure if you ask, they will tell you a few of the stories too!

We want to thank Amanda Warren and her husband for allowing us in to look for the Gumeracha Hotel ghosts, and for Tayla for allowing us to take over her bedroom.  Thank you also to Shane Potter for organising all this for us and joining us on the night.

History Photos: State Library of South Australia
Information and Photos on the Gumeracha Tragedy sourced from Newspapers of the Day