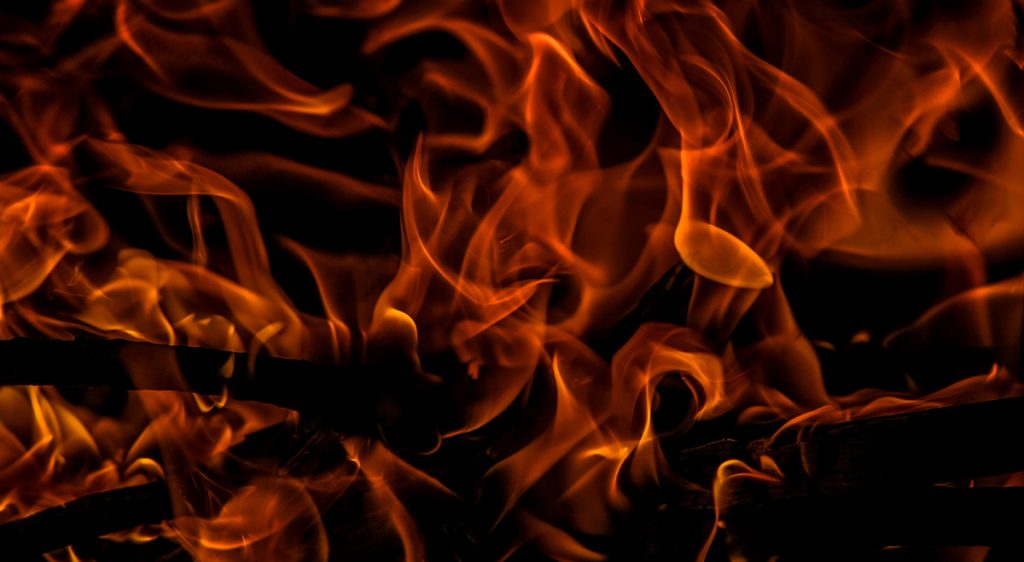 Gawler Spontaneous Human Combustion case, was this the first to occur in South Australia and what is it?  While researching stories for my Gawler Dark History Tour back in 2010, I uncovered one of the most intriguing stories of my tour.  At first, it seemed like the usual case of accidental death through burning… there were many back in the early days.  However, the more I looked at the case, the more I started to realise that what I was reading exhibited classic signs of a terrifying phenomenon that many may be familiar with… spontaneous human combustion.

For those not familiar with this term, it is alleged that in such cases, the human body may catch fire due to an internal chemical reaction and devoid of any obvious external ignition source.

Eventually, in 2011, it became the star of my tour and the mystery still continues to intrigue our guests to this day.  Although we do know which cottage it occurred in, as it still stands today, for ethical reasons we do not take the tour to the house itself.

In 1883, Margaret Nichols, a widow aged 64, moved into a cottage on Finniss Street in Gawler.  She only intended to rent for a short time, until her son could come and collect her to live with him in Adelaide.  She had rented the cottage owned by Mary Broderick and had only been residing there for 6 weeks. The bedroom where she slept, was 12ft square and consisted of a double bedstead, table and chair.

At approximately 7 a.m. on 30th June 1883, Julia Rayney, who lived opposite Margaret, came out to wave her father off to work.  As she did so, her father commented that he “could smell something like fire”.  She ran across to Margaret’s and found the back door unlocked, so she followed the smoke to the middle door which led to the bedroom.  Julia quickly alerted the owner of the cottage, Mrs Broderick, who lived close by.  Mary Broderick quickly made her way into the room with Julia which was now so thick with smoke that it was hard to even see their hands in front of them.

Thomas Hutchins, a local shoemaker, happened to be passing on his way to work and noticed both ladies were in great distress.  He quickly entered the house and saw the thick smoke.  The mattress on the bed appeared to be smouldering but no flames were visible.  He quickly grabbed the mattress and the pillow, throwing them out into the street before any fire could spread.  He stated how he even found a purse under the pillow which showed no signs of burning.

Realising nobody had seen Margaret, Thomas requested a candle so he could see his way in the darkened bedroom and entered it once more.  “The first thing I saw was a black log by the fireplace,” he said when recounting the tragedy.  Thinking it was a mallee root that was alight, and the probable cause of the smoke, he started to pull it to one side but was shocked to find it was in fact the charred remains of Margaret Nichols head.  The head had been lying by the right side of the brick fireplace.  He described what was left of the body as a mass of cinders with only the charred head and her feet remaining.  Strangely the bed was only about a yard away from the remains but, as is commonly reported in such cases, it had not combusted despite the intense heat from the body burning.  He had taken out the pillow and the soft mattress but had not seen any bedclothes.  It was noticed that oddly, nothing else in the room had been touched or consumed by fire.  Later it turned out that there were no bedclothes because they had been wrapped around Margaret at the time of the fire, so were consumed along with the body.  But was this Gawler Spontaneous Human Combustion case something unnatural or natural?

Spontaneous Human Combustion has been spoken of throughout history.  It was even spoken of here in Australia as far back as 1835 when the Sydney Gazette talked about several cases around the world.

This phenomenon was even known of by Charles Dickens, as in 1852/53 he published Bleak House, where famously one of his unsavoury characters, Krook, died through spontaneous human combustion.

Although people were aware of this phenomenon back in Charles Dickens day, it was still controversial as to whether it was real or not. Those that did believe, felt it was caused by drinking too much alcohol.  They thought the alcohol would seep into the tissues of the body and then ignite.

The controversy still rages today, with some witnesses saying there is no explanation, while scientists proving that if a body burns slow enough and hot enough it can become like a candle in reverse with the body fats acting like the wax and the outer garments the wick.  As the fat melts it becomes liquid and seeps into the weave of the clothing.  This has been simulated through the use of pig carcasses wrapped in blankets.  They also remind people that the remains are usually found close to possible ignition points such as a cooker or fireplace.

So what of Margaret Nichols?

Julia Rayney had known Margaret from the time Margaret had been renting the cottage.  She would often visit her and had last seen Margaret the night before at around 9.30 p.m.  She stated that she had noticed a candle that was burning on the chair beside the bed.  Mary Broderick came in after Julie to see Margaret.  Both commented that she should not be left alone without anybody to look after her.   Margaret argued that she could look after herself until her son came to fetch her.

Mary Broderick said that she had checked on Margaret every day and on the evening before, she visited Margaret and found her sitting propped up in bed.  After chatting for a while, Mary left 10 minutes after Rayney.  Before leaving she asked if she should put the candle out, but Margaret wouldn’t let her. There was 2 inches of candle left still burning.  Mary stated in the inquest that when she left, Margaret was sober and had not been smoking, although she did smoke from time to time as she said it made it ease her asthma.

Father Moses Byrne, the catholic priest said that he had known Margaret for two years.  He told how twice before he has visited early in the morning to find the candle in the bed with her, unlit.  She explained to him, she liked it there as she could light it easier when needed.  He cautioned her about it but she reassured him she always extinguished it.

Patrick Broderick did state that about 10 p.m. he went to look in to see if there was a light in Mrs Nicholls but saw none and did not smell any burning at the time of checking.

P.C. Marin Doherty was called to the scene.  He told the inquest how he found the remains of Margaret on arriving in the bedroom.  Hutchins pointed out the charred remains on the floor with a portion of the right foot under the bedstead.  He stated that the whole of the trunk, legs, arms and all but the head and two feet were consumed.  The head was still burning as it had only partially burnt.  They quickly put water on it to try and put it out.  He continued that “Round the neck was the evidence of a flannel wrapper and the head had been covered with calico, pinned lightly.  Close to the mouth on the left side, a portion was charred.  On the left foot, there was about 4 inches of the skin, instep was scorched. Outside was a mattress and the edge had been burned about 18 inches long by a foot deep.  There were traces of burnt clothes on the edge of the bedstead.  The candlestick was on the floor and showed signs of fire.  The chair, which was a wicker one, was burnt at the edge.”

After the coroner had summed up, the Jury returned the verdict – “That the deceased came to her death by fire, but that there was no evidence to show how the fire originated”

Below are some videos on Spontaneous Human Combustion.  Enjoy.

Photo by Francesco Ungaro from Pexels

Information from newspapers of the day