Z Ward Asylum and its History

Being asked to service the night tours and investigations at Z Ward asylum by the National Trust, was a huge honour and one that we were excited to undertake.   It also meant that my passion for history and heritage and my desire to help preserve it for future generations was given an opening where I could help raise funds for this incredible building.

Are there ghosts in Z Ward?  It is a question many have asked and to find out, was an adventure we were very much looking forward to. We also looked forward to taking you, the public, with us on that adventure, and hoped to answer once and for all… is Z Ward Asylum really haunted?

Z Ward, or L Ward as it was originally named back when it was completed in 1885, was built to house the criminal and refractory inmates of Parkside Lunatic Asylum.  It took on its name change after people started referring to it as ‘Hell’ Ward instead of ‘L’ Ward.  It is a stunning building and surreal to think of what used to be inside the walls of something so beautiful.

When we talk of the ‘criminally insane’ it conjures thoughts of murderers and people who commit violent crimes when not in their right mind.  However, in the early days, often you only had to commit a minor crime and if you were deemed ‘insane’ when you committed it, you could find yourself being an inmate of Z Ward too.  Attempted self-harm could be put into this category.  In fact, we found one sad story of a young man whose only crime was this, after having been subject to seizures most of his life.  We will talk about him soon.

Z Ward asylum is also surrounded by the only complete Ha-Ha Wall in Australia, something which has no doubt, contributed to the lack of vandalism on a building disused for so many years.  The Ha-Ha wall doesn’t look too high from the outside, but once over the wall, it is soon discovered that on the other side, a deeper moat hinders any escape.

One of the first things that we do, before undertaking any investigation is background research into why a place would be haunted, and Z Ward was no different.  If there were ghosts to be found, who were the likely candidates?   We will be talking about some of those deaths here Our first is a mystery indeed and one that appeared was never solved. 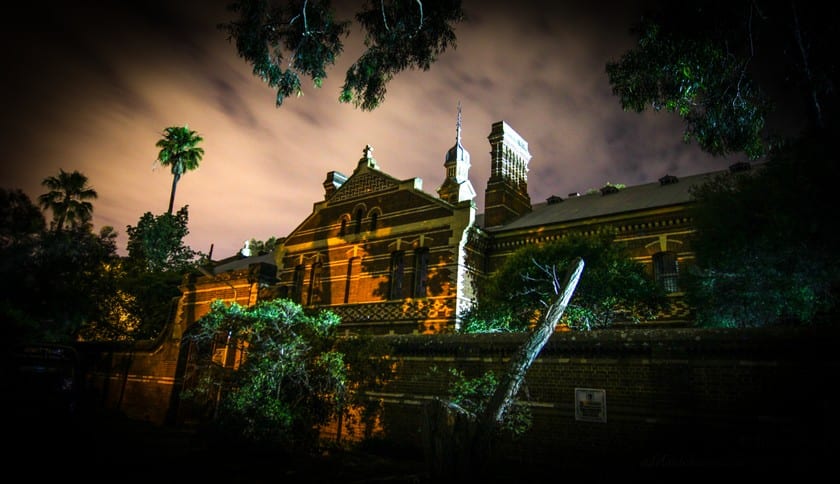 Richard John Jones, A.K.A. Richard Blight (after he changed his name at the age of 14), in 1909 stole a portmanteau (large travelling bag) from Alice Parry.  Police spotted the accused with the bag and questioned him.  At first, Blight said it had been given to him by the lady but on further questioning, subsequently admitted “To tell you the truth old man, I was hard up and I “pinched’ it”.  He had done this while out on parole after a string of other convictions which had seen him put in the Parkside Lunatic Asylum as a patient.  He was now to return to Parkside and was housed in Z Ward.  By the time his demise came, he had already spent 26 of his 51 years, with only a short release period during that time.  His demise was to become one of the greatest mysteries of Z Ward.

On Oct 22, 1933, an attendant unlocked Cell 14 to find that one of the 7 inmates, Richard Blight was now deceased.  There was no blood and no signs of violence so his body was taken by Professor Cleland for a post mortem examination.   It was then that Professor Cleland found that a sharp instrument had been driven through Richards’s chest and into his heart.  However, there was no evidence to show how or when it was inflicted.  The wound in the chest had been so minute that he had first thought it to be a pimple and not the entry wound that it was.  The weapon, thought to be a long needle, had entered the chest and wounded the Aorta which had started to seep blood, eventually killing Richard Blight.  One such needle had disappeared a day or two earlier.

The mystery continued though.  At first, it was questioned as to whether Richard Blight had done this to himself earlier in the day.  They concluded however that it would have been difficult for anybody to withdraw a needle with no handle, never mind a man who had driven such a thing into his own chest.  There was also the question as to whether it had happened during the night, in the room itself, or whether it had happened hours earlier with the act of lying down in the bed opening the wound more and so allowing a greater loss of blood.  Blights fellow inmates were of no help, as they confessed to have seen nothing for they had been asleep.

Another attendant the afternoon before stated that he had given Richard his tea out in the grounds and Richard Blight showed no signs of odd behaviour at that time.  He had stripped and searched all the inmates, as usual, before they entered the cell and had found nothing on them.  He continued to add that there had been no disagreements or hostility between the inmates.

The biggest mystery of all was where the murder weapon had gone.  A search of the room and of the grounds of Z Ward produced nothing.  For days they combed the grounds of not just of Z Ward, but of the whole of Parkside Lunatic Asylum… nothing.   Without a murder weapon, the case was at a dead end and the mystery was to remain and continues to this day. 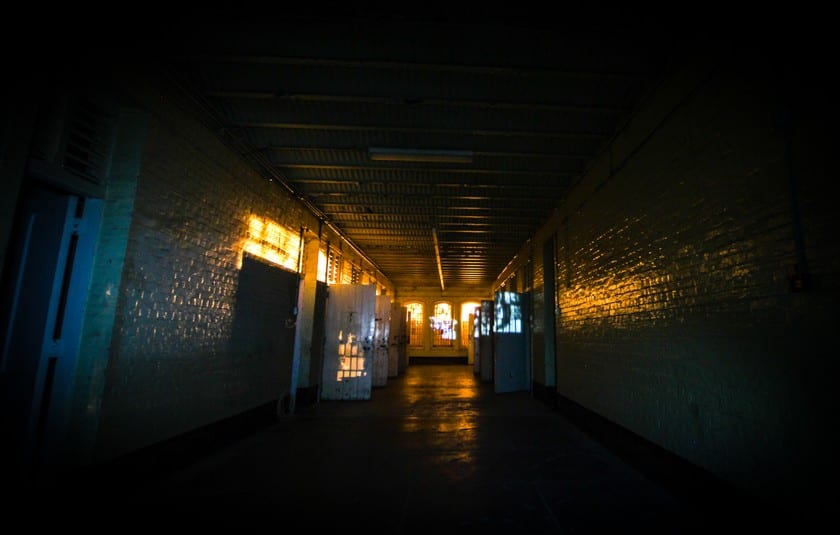 Is Richard Blight still in Z Ward?  We originally had 12 weeks to explore this question and Z Ward took us all by surprise.  Although we never appeared to get a response from Richard, we did have many curious incidents and many sightings of dark figures.  Finally, the time was up and Z Ward was finally ready for office conversion.  It was the saddest day, locking the gates for the last time, but a strange feeling was there ‘we will be back.  Six months later we were invited back as the office work was put on hold.  We could continue to raise money while the building remained empty.

The journey continues and the building becomes more and more intriguing.  We will certainly be keeping you updated on what has been happening there.  We will also be adding more history and stories soon.

Until then, keep up to date with our Z Ward asylum diaries on our Facebook page www.facebook.com/AdelaideHauntedHorizons