Why Do Ghosts Scare Us 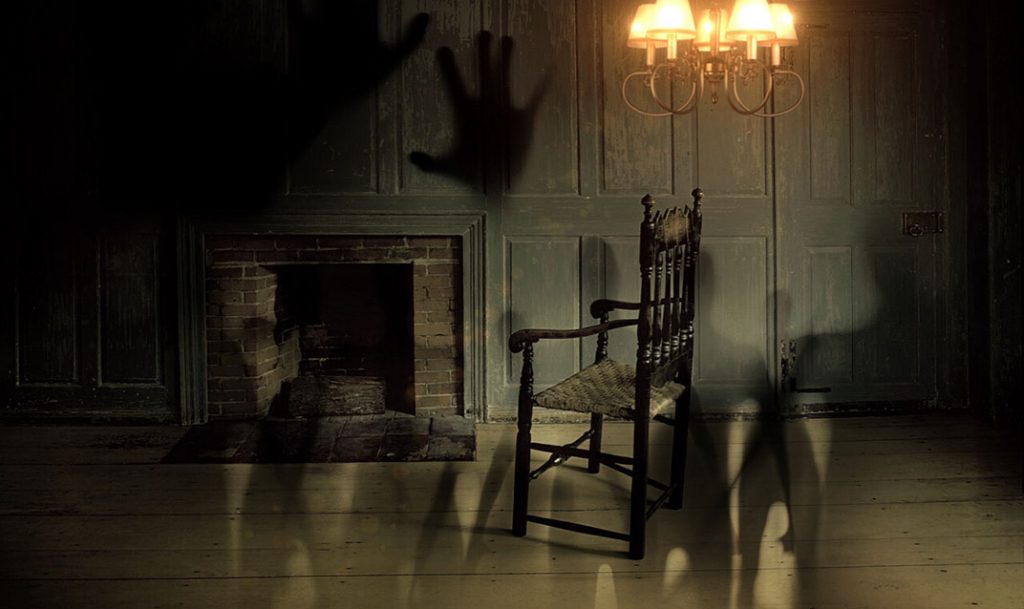 WHY DO GHOSTS SCARE US?

“Why do ghosts scare us with such mundane behaviour? When we die, do we have nothing better to do than touch hair, rattle teacups and slam doors?”

In my 30 years of researching and conducting tours, this would be one of the most commonly asked questions, and indeed a good one.  Why do ghosts scare us with such mundane acts?  Why stop at just banging one door?  Why not have a whole row of doors slam shut rapidly towards us just like in the movies?  That would be far more impressive and secretly, I still await that day just as I do the teacup being hurled across the room instead of just being gently rattled.  What is the point?  Are they just trying to scare us or are they trying to get attention?  The following article may be food for thought… something to ponder.

It wasn’t until we started researching Z Ward and ultimately taking tours through this remarkable building, that a chord was struck on why the mundane touching of hair etc could be more relevant and important than we think.

Z Ward, the ward for the ‘criminally insane’… politically incorrect now but not as much as the original name of the ward for the ‘criminal mental defectives’.  How far we have come with our terminology.  Set at the back of the precinct of what was then known as Parkside Lunatic Asylum, later to become Glenside Hospital, it was built to keep the worst of society away from the rest of the patients or ‘civilians’ as they were termed in numerous newspaper articles.  These were criminals which included thieves, rapists and of course murderers… all who exhibited mental health issues at the time of their crimes.  Letters were given to each ward on the precinct and originally this building was known as ‘L’ Ward.  However, it was decided that the letter needed to be changed once people started referring to it as ‘Hell Ward’. Operating for nearly 100 years, it finally closed its doors in 1973.

In 2014, I was invited to join a committee to raise money for heritage projects for this building.  Naturally, ghost tours/investigations were placed on the table as a possible way of raising these funds, as this building had always attracted a reputation for being haunted since its closure.  Teenagers, sitting outside the inescapable Haha walls would report figures at the windows and strange noises coming from the long-vacated building.  Security guards who patrolled the precinct reported similar.

The tours were agreed to, but we really didn’t know if this building was truly haunted or if it was just an urban myth. We weren’t prepared to make up stories to entertain the public for the sake of revenue-raising as we have proudly always kept our tours very real and this would be no exception.  The only thing we could put forward was public paranormal investigations to explore the possibility of Z Ward being haunted.  An exciting first, which the public could also be a part of and in so doing help further the knowledge of this building for all.

We were very honest with our advertising:

Is it Haunted? – We don’t know, nobody has ever been in to find out!
Can we promise you a ghost? – Nope, and we aren’t going to pretend we can!
Do you want to come with us to find out? – Hell yeah!

We originally had 3 months, before it was turned into an office, to find out if it was haunted or not so we wasted no time. We conducted both public and private investigations in the building every single night.  Within 10 weeks we had enough astonishing things happen, including the time I saw a solid silhouette of a guest walk away from the tour only to find that all guests were accounted for, that we were able to commence walking tours. 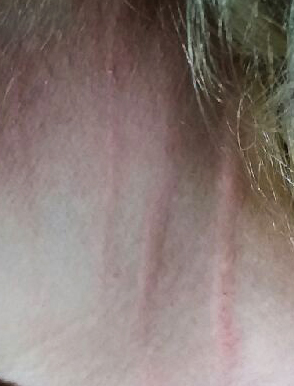 However, one of the most intriguing things to happen during this time was the numerous appearances of welts on our guests, especially in one particular cell.  This was made more curious as in the early days, we were not telling our intrepid investigators what had happened on previous investigations, as we too needed to know that what they were experiencing was real.  We had that small window of opportunity to log any happenings, we wanted to avoid pure imagination becoming a part of that story.

Within a few weeks, people were reporting large welts appearing on their backs and necks.  This was typically happening only to females with very few males being affected.

I was curious, if this was paranormal, then who could be a candidate?  I trawled through historic patient records to see if any male patient stood out as the culprit and so account for the aggression shown to females.  It should be remembered Z Ward was a male-dominated building with male patients and male nurses for most of its life.  Going through these records… yes I found… lots of them!  There were many patients put in there for violence against women so trying to pin it on any particular patient would be a difficult task. But then something was sent to me, that could maybe explain what was happening.

COULD THIS BE THE ANSWER AS TO WHY GHOSTS SCARE US?

Not long ago, we had a guest come on our tour, elaine, who was doing studies in mental health.  A couple of weeks after attending the tour, Elaine sent a small section from a book she was studying from.  She felt it might be relevant to what was happening at Z Ward.  However, on reading the case study that she had passed on, it struck a chord with me for a totally different reason.  She originally sent it as it was about a schizophrenic who attacked people by biting and scratching them and so she thought that with Z Ward being a mental health institute that maybe there was still a ghost or energy there who had suffered from this same condition and so possibly was still acting this out.

However, there was one sentence that caused me to think deeper and which made more sense than ‘who is it?’.  It may also give us a possible explanation on why, if they exist, ghosts scare us. 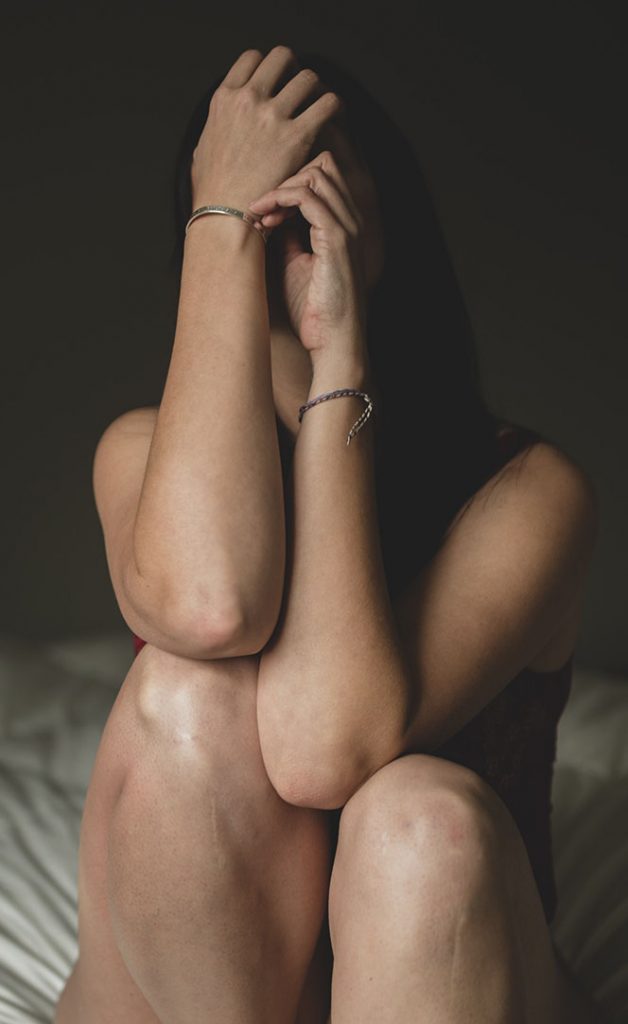 It was a small section from a book called ‘The Divided Self’ by R.D. Laing.  This book was written by one of the best-known psychiatrists of the day.  It was a book studying schizophrenia, but this one particular case study grabbed my attention.

In the book, there is an interview with a particular young lady who suffered schizophrenia and was explaining what it was like for her.  It was this one sentence that caught my attention:

“I only felt real because of the reactions I could produce in you.  If I had scratched you and you didn’t feel it, then I’d be really dead”

Suddenly this wasn’t simply about it being a possible schizophrenic being the culprit for the scratches, but took on a whole new meaning and created a burning question inside me.

If ghosts are real, what if there are energies out there that really don’t know in what form they still exist, or even if they exist at all.  Maybe by doing these mundane things… by touching your hair, by rattling those teacups… and even by scratching you… you are reacting.  What if by you reacting to whatever they are doing, it gives them reassurance that they do still live in some form.  They do still exist!

Is this how it works?  I have no idea. It is hard enough to prove the paranormal exists and in 30 years I have no concrete answers for you.  But it is something worth contemplating… maybe next time you have some sort of scary interaction with what you believe to be a ghost, perhaps it isn’t trying to scare you intentionally but maybe, just maybe it is trying to reassure itself that life after death does exist, and whoever it is, does continue to live on.

Just a thought and something for you to ponder.

Sources:
‘The Divided Self’ – J.D. Laing