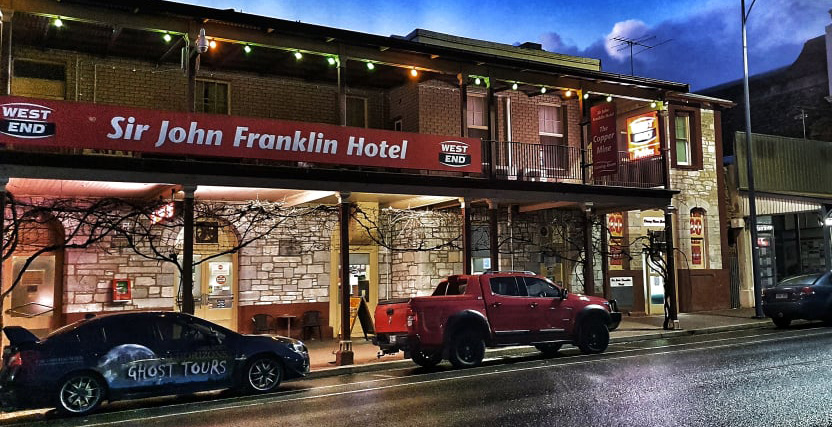 Sir John Franklin Hotel, built in 1849 by James Wittaker, was the leading Hotel in Kapunda in its day.  Kapunda was a successful copper mining town that is approximately an hour north of Adelaide. The hotel was named after the Arctic explorer, Sir John Franklin who also went on to become Tasmania’s first Governor.  At first, the Hotel couldn’t get a license as it was believed that they only needed one hotel in Kapunda and the North Kapunda Arms was already in operation.  It wasn’t long before this was appealed and won, and the Sir John Franklin Hotel opened its doors and became very popular.  It boasted that it offered accommodation unsurpassed by any other pub in the colony.  To this day it still remains a popular local hotel. 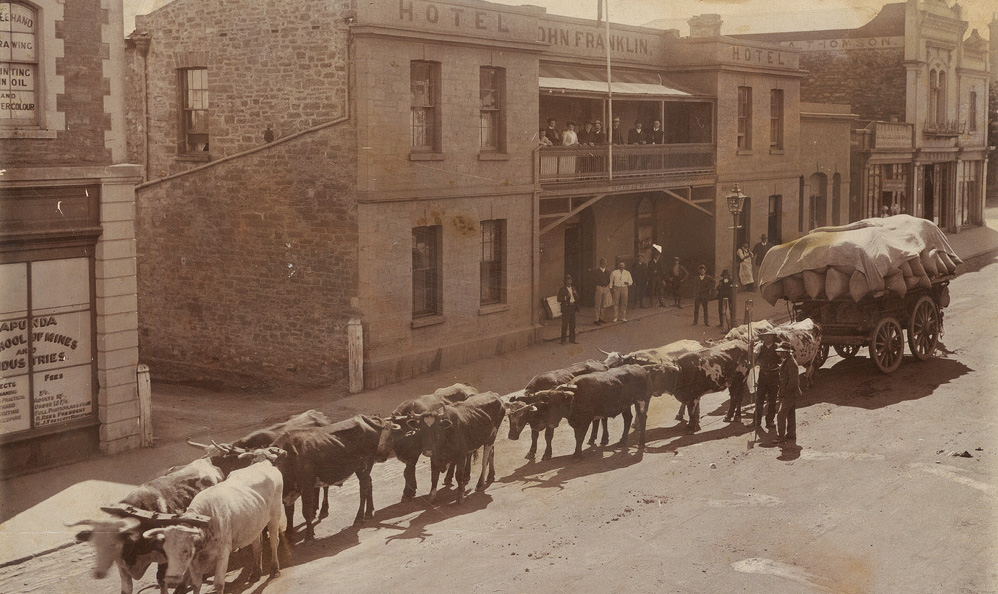 Like with many historical hotels, the Sir John Franklin Hotel certainly saw its share of tragic deaths both involving staff and guests.

William Cornelius in 1888 had just taken up a position as cook at the Sir John Franklin Hotel.  It was January and hot winds and dust had blown in, and adding to this discomfort, was the fact that he was working in a hot kitchen which caused William to collapse from the heat.  He did not recover and passed away.  Sadly only an hour or so later a cool change arrived.

Only 10 years later in 1898, John Hausler was found at the foot of the backsteps where he had fallen and was lying in a pool of blood. A doctor arrived and ordered them to take him upstairs and put him to bed.  Sadly he too never regained consciousness and passed away from a resulting blood clot caused by the accident.

Other deaths were recorded, so it wasn’t surprising to find stories of the Sir John Franklin Hotel ghosts.

One of the stories we were told, was that one day the current owner’s wife was taking photos for a screen display behind the front bar.  One evening a customer who had been watching the photos cycle through, and pointed out that there was a man standing on the verandah wearing what looked like an older style outfit with a top hat.  Three photos had been taken and this was the only one that the figure appeared in.

While we were having dinner one of the locals approached us and told us of seeing a figure walking down the hallway one time.  He watched as it turned into the toilet, where he was heading but ongoing in found it to be empty.

Donna who works at the Sir John Franklin Hotel told us a few more experiences she knew about.  We were told how upstairs, where there is a small staircase, a figure of a lady was witnessed walking up these steps and turning down the hallway when the witnesses knew there was nobody else in the Hotel that night.  Donna also told how none of them liked room 20.  It had been a small bedroom but nobody liked being put into this room so it was converted to a storeroom instead.  Ghostly children had been reported in the area of this room. 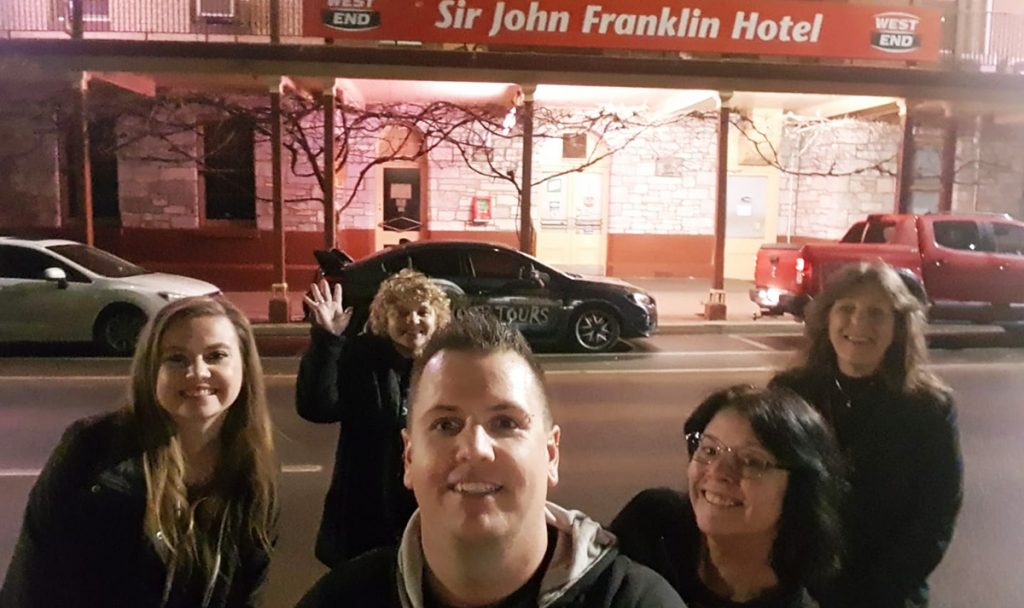 In Search of the Sir John Franklin Hotel Ghosts – Investigation

Kag Allwood and me were invited to go and see if we could find evidence of the Sir John Franklin Ghosts and we were joined by a good friend of ours, Amy from Amy’s Crypt.  Another friend who is a subscriber to our Patreon page, Ash McInnes, also joined us for the night, having arranged the visit.

We started upstairs and placed equipment down the hallway where the lady was seen to turn down.  Almost immediately the equipment triggered.  A motion-activated flashing ball started to strobe its red and blue light.  It was sitting on the cigarettes that we had placed out as a trigger object.  Thinking it was glitching we swapped it out not once, but 3 times.  Still, all the balls continued to flash in this one spot and when moved elsewhere stopped.

We continued on to do an EVP session (Electronic Voice Phenomena) and also the portal (ghost box) but nothing of real interest was captured.  We moved into the bedroom that had creeped me out a little and set up the portal and Estes experiment.  Apart from being told to leave we kept getting the work ‘Pushed’ and then ‘Out there’.  Had the fall been an accident or had he the gentleman who passed away been pushed.  It was reported that he did have an argument with somebody earlier in the night.  But we can never say if it was just coincidental radio or whether the Sir John Franklin Ghost was trying to communicate.  Watch the video below and decide for yourself.

We moved downstairs to the bar where Donna joined us.  We continued to have some curious responses from the audio, this time from a female.

Meanwhile, Amy was upstairs in room 20 doing some investigating herself and filmed a ball going off fractionally before a figure of a child may have been captured.

In conclusion, we had some curious responses on the ghost box/Estes experiment but of course, we can never say that we were actually talking to a ghost.  But it certainly has a feel to it and there have been enough personal experiences to say it may well be haunted.  It is always hard to tell from a one-off visit but there was enough to get our attention.  Either way, please support local tourism which is doing it hard at the moment, and pay the Hotel a visit yourself.  The food is wonderful and you can even stop the night in the accommodation there.  I am sure if you ask at the bar, they will tell you all about the Sir John Franklin Hotel ghosts!