Newcastle Castle Keep Ghosts – What is the History and why Would it be Haunted?

Newcastle Castle Keep Ghosts – who are they and is it really Haunted? While we were in Newcastle-upon-Tyne, we couldn’t resist a visit to find out! 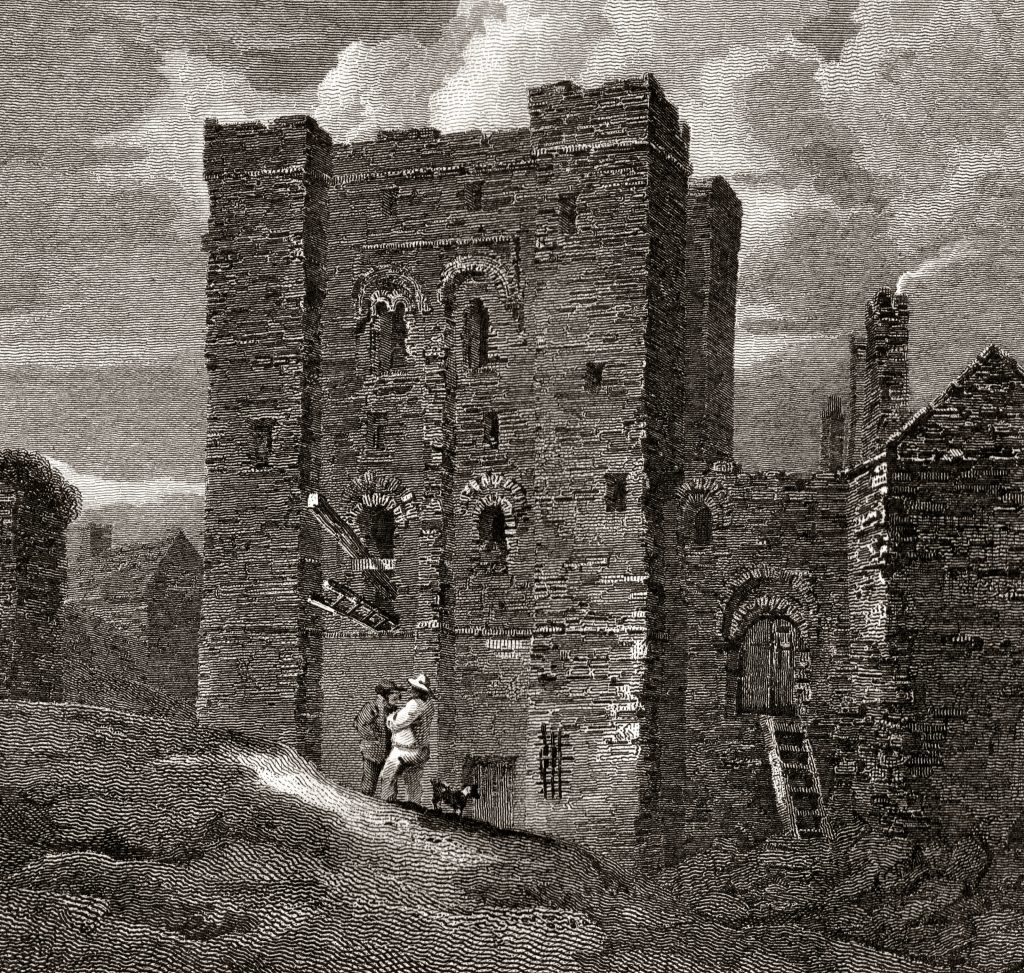 The River Tyne, and especially the bridge in Newcastle-upon-Tyne, was always an important strategic spot, even back when the Romans had their fort there. The fort at the time went by the name of Pons Aelius and was built to protect them against the Scottish, which became a theme to its overall history. However, it is believed that this fort was built on the same site as a much older one dating back 2000 years, as archaeologists are finding evidence of flint implements and stone axes on this site.  It was in 1066 that the Normans invaded and as they moved through the country they also realised that this was an important strategic point against the Scottish, so, in 1080 Robert Curthose, the son of William the Conqueror,  built the very first castle on this site.  At first, it was just a typical wooden motte and bailey castle and then finally, nearly 100 years later, this ancient fortress was changed to stone by Henry II.

By the 13th Century, more towers and walls were added to enclose the town and keep it safe.  However, this eventually led to it deteriorating which was first mentioned by Queen Elizabeth I in 1589, and this deterioration continued throughout the 17th Century.

As time moved on, and the English Civil War raged from 1642, the Mayor of Newcastle repaired and rebuilt it, as he feared there would be problems with Scotland.  His fears proved to be correct as Scottish troops did indeed besiege Newcastle for approximately 3 months before the English garrison there surrendered.

Newcastle Castle Keep is just one of the towers that remain from what was once a much larger fortification.  Not only is it the oldest building in Newcastle, but it is the best-preserved Keep in the country and the only one that stands in the heart of a major city.

By 1589, as the Castle became more ruined, the bottom floor of the Keep was being used as a gaol.  Prisoners were kept there in horrific conditions while awaiting their trial.  Prisoners were chained to iron rings in the walls while standing in filthy water due to flooding, as the Keep then was minus a roof.  The water would have mixed with human waste as there were no toilets either.  These prisoners included men, women and even children.

There were many deaths at the castle including executions. In 1649, a gang of 10 men surrendered themselves after a long crime spree.  They were charged with ‘March Treason’ because they had taken refuge in Scotland, so seen to be allying with the enemy.   After being brought to the castle, tried and found guilty, they were hung, drawn and quartered with their heads being placed on spikes around the wall.  The only survivor of the 10 was young 12-year-old Humphrey Lisle who was pardoned by the Earl of Northumberland.

Then there was the plague that nearly killed 50% of the population of Newcastle, and the cemetery dating back to the days of the Roman fort, that was disturbed while building the Castle.  No wonder this castle is said to be haunted.

Even when I grew up in Newcastle, there were rumours of the Newcastle Castle Keep ghosts.  Over the years reports of footsteps and disembodied voices have been reported, including the sound of chanting monks emanating from the Queen’s Chamber.  Strange mists and shadowy figures are also witnessed.  Visitors who have tried to investigate have told of being pushed by an unseen force.

The most famous of the Newcastle Castle Keep ghosts is the ‘Poppy Girl’.  This was a nickname given to the spirit of a young flower girl who is believed to have been imprisoned there due to owing money.  Legend has it that she was imprisoned with other male prisoners.  Tragically, she was brutally murdered by them and is still said to haunt there.  Visitors have reported seeing her on the stairs and it is said that when she is around, she is accompanied by the smell of sweet flowers. I cannot find where the story originated from, or if it is based in fact, but I am sure there would have been many similar horrific happenings in its history.

It was exciting for me personally, finally getting to investigate this particular castle, as this is my home town where I was born and bred.  Like many locals who take their town/city for granted, I had never thought of visiting the castle before we went to investigate.  Now though, it definitely held my interest.

Kag Allwood and I started in the area where the dungeon used to be and after settling, introduced ourselves to whoever may still be around. Upon doing this I was sure I heard a strange male voice and on listening back to the audio, found we captured a strange whistle at the same time.  We also had two bangs at the same time the EDI (Environmental Detection Instrument) triggered, showing a sudden change in temperature and air pressure.  However, the whistle we caught was largely it, and with no other E.V.P. success, we moved on to the Ghost Box.  On expressing an interest in their lives, it came out with a clear female voice “Death”.  We questioned this, and another voice came out “You, shut up!”.  When I asked whether they had been a soldier there, it corrected me with a deep male voice “Prisoner”.

We decided we would go into the cell itself at the top of the stairs as we felt drawn up there.  We continued to ask for somebody to let us know they were there, and as we did, we heard a large bang from within the building, like a heavy door booming shut.  The only other person there, apart from Kag and me, was Mark, our host for the night, and he was present with us on the investigation.  Kag then requested that whoever was there try REALLY hard to let us know they were in the room with us, and the Rempod triggered (proximity device).  For a short while, it seemed to respond to our request of setting it off and then on.  We thought at first maybe the battery was getting low, but it soon seemed to tire of this game and went quiet. The Rem-pod continued to work for the rest of the night, so dispelling the low battery theory, and interestingly didn’t trigger again after this.

With no E.V.P. captured, we turned the ghost box back on.  Coincidentally, and right on cue to me asking what year they thought it was, a clear female voice said 1990.  We were intrigued that at that moment a year would come out at all, but it certainly wasn’t a year we would have expected.  When we corrected whoever it was, a male voice came straight out and asked “What day is it then?”.  We kept asking for a name and a similar male voice came out “I’m trying hard”.  I then asked if whoever it was wanted us to leave, then all they had to say is ‘get out, leave’… Kag jumped in and added ‘or be gone’ and almost straight away a male voice repeated “be gone!”.

With that final message, our time there had run out and we needed to leave, so we packed up and said farewell to the Newcastle Castle Keep ghosts.  Although we were there for a few hours, there were so many more areas to explore.  Hopefully, one day, we will get back to do these.

We would like to thank Newcastle Castle Keep for allowing us to visit and investigate their amazing piece of history and also Mark, who was our amazing and fun host for the night.