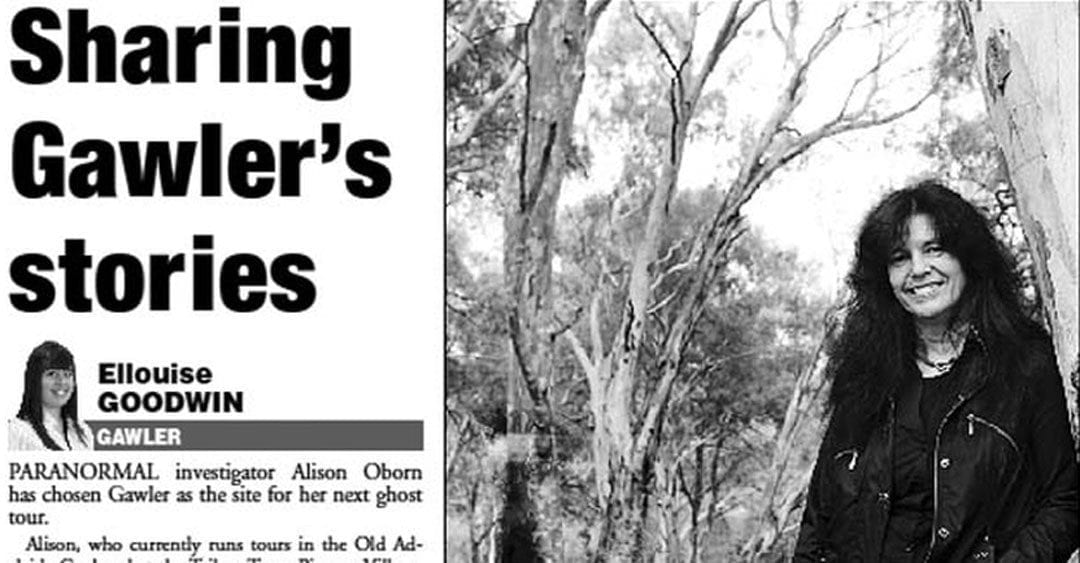 This is an archived copy of The Bunyip ‘Sharing Gawler Ghosts’ story by Ellouise Goodwin, published on July 13, 2011.

It was the story of Adelaide Haunted Horizons’ imminent launch of our Gawler Dark History and Ghost Tours.

“Paranormal Investigator, Alison Oborn , has chosen Gawler as the site for her next ghost tour.

Alison, who currently runs tours in the Old Adelaide Gaol and at the Tailem Town Pioneer Village, said she hopes to be running regular tours through Gawler, in particular Dead Mans Pass, High Street and Murray st by early spring.

“Gawler is the oldest outlying township and it’s got lots of history” she said. “It’s got my curiosity”

It has taken just over a year for Alison to research the history of the area, and according to her, there are many forgotten stories to tell.

“We looked back through the newspapers and found a lot of deaths, murders, suicides and quirky stories that people had long forgotten.”

Stories such as the one about the 13 year old disabled boy who drowned at Dead Mans Pass in 1901.

“I’ve had two people tell me about seeing a ghostly figure among the trees, while they walk early in the morning,” she said.

There is also the story of the fatal tiger attack, which occurred during at circus performance at Gawler South in 1898.

“It’s those kind of quirky stories you want to bring into it… more of the human history,” said Alison.

Alison’s fascination with the paranormal life began when she was a child, living in England.

“I was born into a haunted house over in England, which raised a lot of questions for me,” she said. “My earliest memory is waking up and hearing male raspy breathing in the bedroom but there was no-one in there, and I remember just screaming and crying.  I round out later my sisters used to hear what sounded like a heartbeat in the house and my mother physically saw an apparition at the end of her bed.”

Alison moved to South Australia in 1988 and soon after began investigating the paranormal.

“I was terrified of the subject, absolutely phobic, but kind of ‘moth to the flame’, wanting to know answers, even if they were rational answers.”

In preparation of her Gawler tours, Alison and her team are continuing to look for interesting  stories and are welcoming information from the public.

“A large part of the tour will begin with the history and as the ghost stories grow we can add that aspect,” said Alison.  “People are interested in the darker side of history because ti is human nature.  We say we don’t love it but I think we all do… we have that morbid fascination.”

Those with an interesting story to tell can contact Alison  Oborn on 0407 715 866 or by emailing alison@adelaidehauntedhorizons.com.au 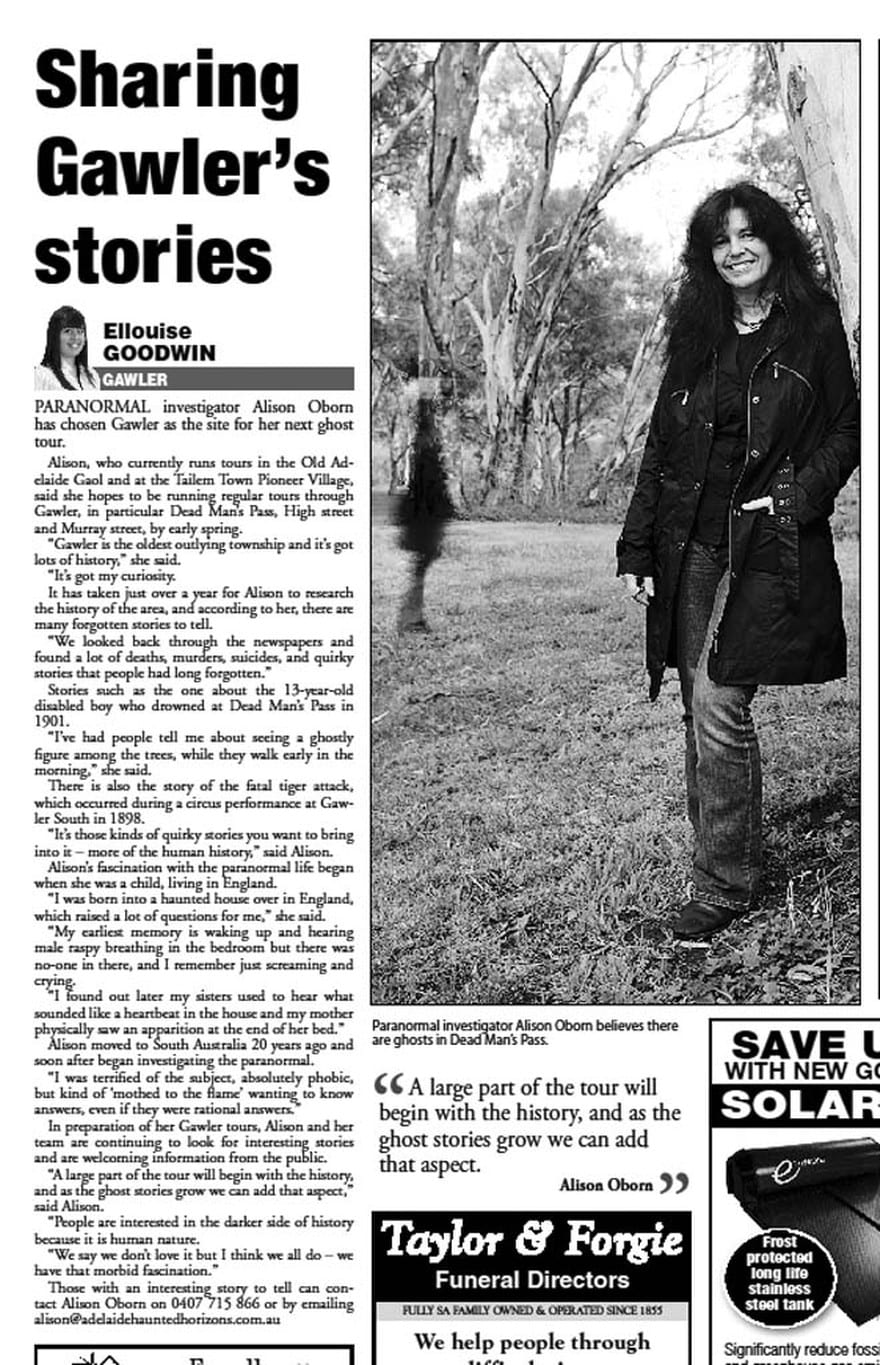