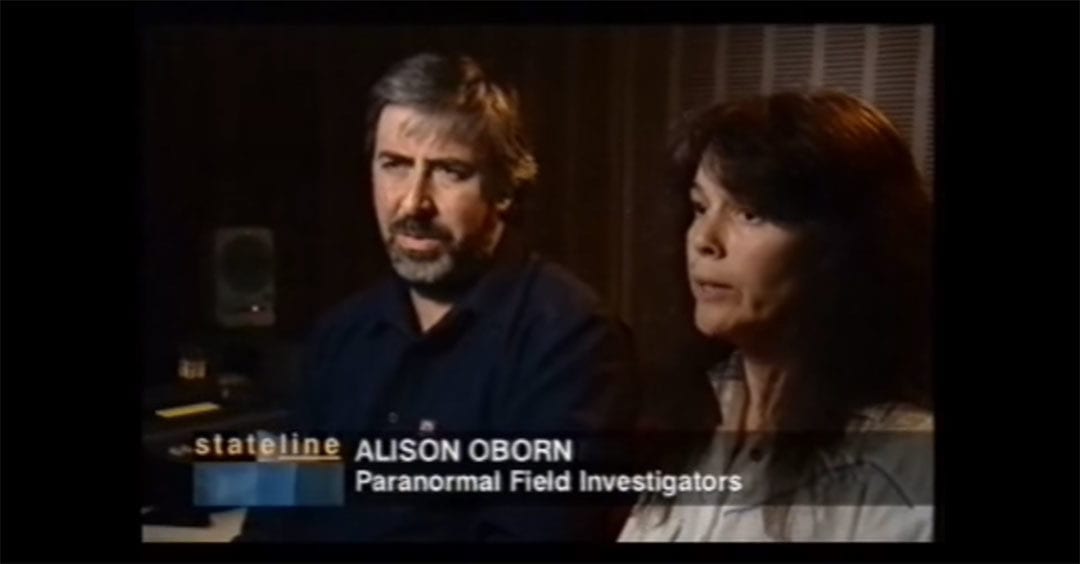 In 2005 Stateline asked to do some filming with Paranormal Field Investigators (P.F.I.), now Adelaide’s Haunted Horizons, about the work we had been doing for years at the Old Adelaide Gaol. There were many years of investigation work after this show went to air. Although P.F.I. evolved and changed over the years, it still shows how interesting, from a paranormal aspect, that the Old Adelaide Gaol really is. Please note that P.F.I.’s thinking on orbs and our use of equipment has changed dramatically over the years so please don’t think this is representative of what and how we do things now. ????

This story came about after Stateline covered a ghost story about the Art Gallery.  We were supposed to go in and investigate, but after the first story went to air, and the Gallery was inundated with requests, they decided to take a lower profile when it came to the ghosts.  Instead, Stateline decided to look into the Gaol.

Paranormal Field Investigators went on to become Adelaide’s Haunted Horizons, and we continue to not only run our own public ghost tours and ghost hunts but also continue to research in the background.

Although Jeff Fausch left P.F.I. right back in 2006, Alison continued with P.F.I. as the official investigators at the gaol and have now been there for 16 years.  We now investigate other sites such as the Former Royal Adelaide Hospital, Z Ward Asylum, National Railway Museum in Port Adelaide, as well as investigating around the world at such places as Waverly Hills, Queen Mary and Bobby Mackay’s Music World among others.

Purchase the book ‘Ghosts of the Past’ by Alison Oborn, outlines the 10 years of research and beyond.

BOOK NOW for a tour at the Old Adelaide Gaol