A figure without features 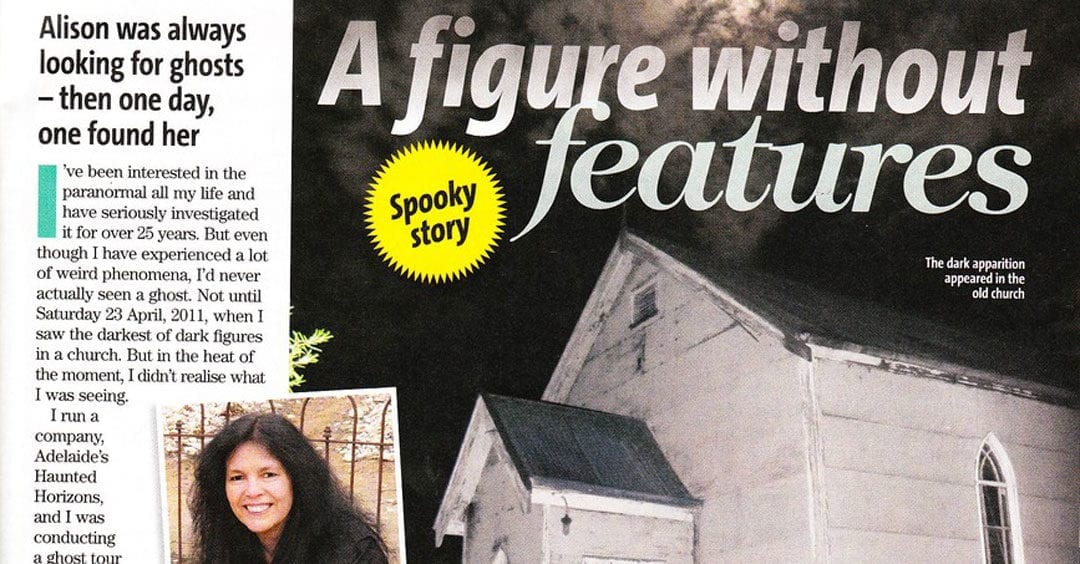 Alison has been running tours at Old Tailem Town since 2010, having previously done tours at the Adelaide Gaol for many years. The Gaol is a paranormal hotspot… but Tailem Town is in another category altogether!

“I’ve been interested in the paranormal all my life and seriously investigated it for over 25 years.  But even though I have experienced a lot of weird phenomena, I’d never actually seen a ghost.  Not until Saturday, 23rd April, 2011, when I saw the darkest of dark figures in a church.  But in the heat of the moment, I didn’t realise what I was seeing.

I run a company, Adelaide’s Haunted Horizons, and I was conducting a ghost tour of Old Tailem Town, S.A., when it happened.  Tailem Town is a collection of 110 buildings brought from all over the country and then laid out in their original condition on 13 streets.

Every building is home to at least one amazing story about its past.  Murder, tragedy, romance – it’s all in Tailem’s history. “I think it is the largest pioneer village in the southern hemisphere”, I tell my tour groups.  “You won’t find anywhere more authentic.”

While it’s open to visitors during the day, at night the electricity is turned off and the town is deserted.  It becomes a very eerie place.  I’ve been running night tours there for three years, having previously done ghost tours at the Old Adelaide Gaol.  The jail is a paranormal hotspot.  But Old Tailem Town is in another category altogether.

On our tours we usually tell the visitors stories about the building after they’ve been inside, so we don’t plant any seeds about what they should see.  But it’s a little different at the old church, where I chat to them while we’re inside.  On that Saturday there were 12 people in the pews and I stood at the front, explaining the buildings history.  People were restless, changing seats and adjusting their clothing.

“It feels as if someone or something is trying to touch me,” one of the visitors told me.

Another man was feeling ill, which is a common reaction to the place.  My colleague Ash left to help the sick man and his wife to their car.  Not long afterwards everyone heard footsteps and the floorboards creaking at the entrance.  Assuming it was Ash returning, I looked over just as some said, “What was that?”

Two people, myself and a girl in the group, saw a dark figure come in, turn and off to the side.  Eventually I realised I had seen a ghost.  Others have seen this dark figure at Tailem Town before.  But this was a first for me and it was exciting.

He looks as though he might be wearing a coat, but his dense blackness doesn’t reveal any detail – no clothes, no facial features, nothing.  The tall, dark figure is just one of at least three entities which regularly make themselves known at Tailem.

I feel I’m a rational person, but Tailem is a challenging place for rational people.  It’s a historical gem that I’m sure still holds many surprises for me and I am looking forward to them! 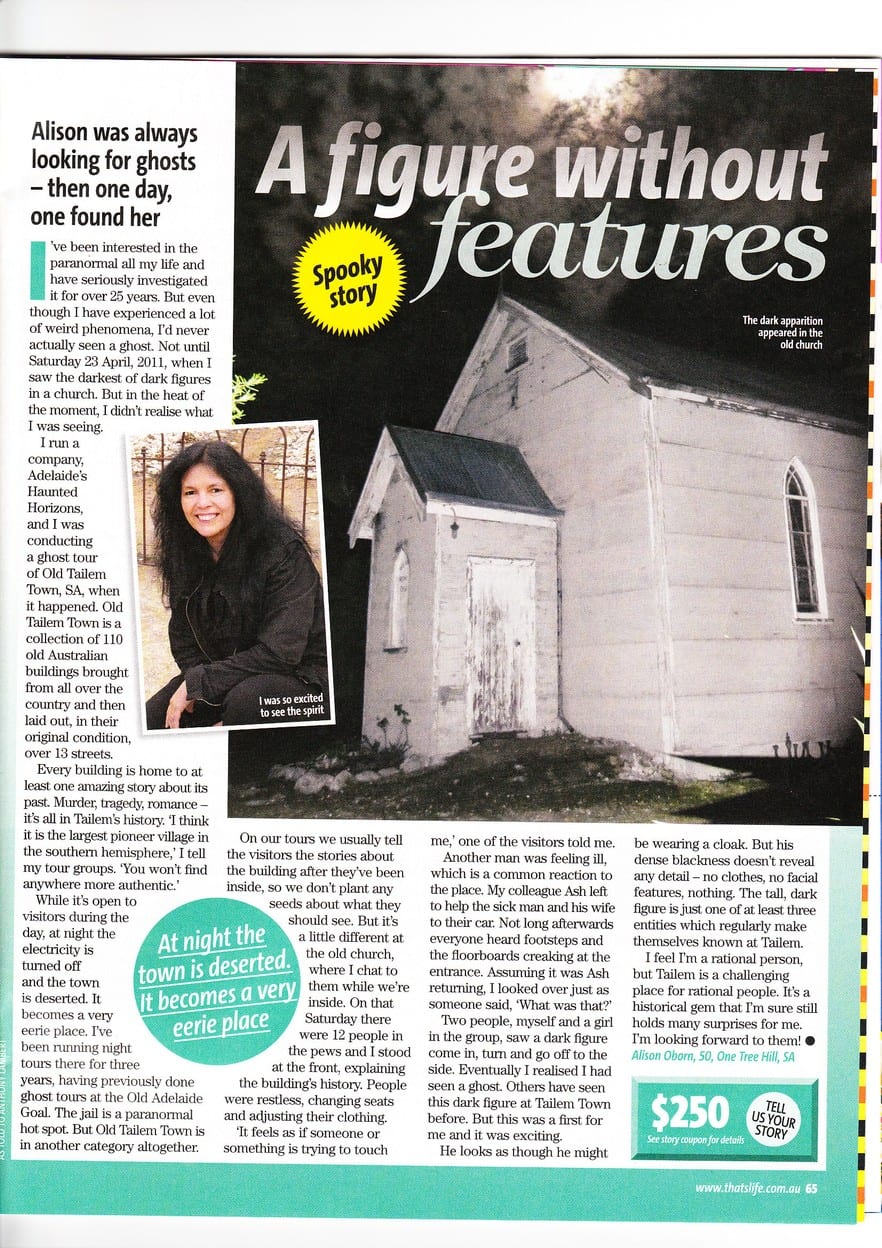