Friday 13th superstition… do you stay in bed and pull the covers over your head and refuse to face the world?  Have you changed your travel itinerary because your flight coincided with this dreaded date?  Are you convinced that something bad is going to happen to you or your family?  If the answer is yes, then you are one of many that suffer from paraskevidekatriaphobia – the fear of Friday 13th!

Many of us believe in some superstitions, such as seven years of bad luck for breaking a mirror, never open an umbrella indoors and don’t put new shoes on tables, to name but a few.  Some of us wear special items to bring good fortune.  A sportsman may pull on his lucky jocks for an important game, and what about wearing your lucky socks to an interview!  Have you ever bought a lucky square at a charity event and wanted to pick a certain number, only to find it has already been taken so now you stand no chance of winning?  Let’s take the superstition that one step further, like why are so many people literally housebound by this ‘phobia’ of Friday the 13th and what is the history behind the date?

Let’s start by understanding what a ‘phobia’ is.  A phobia is an extreme or irrational fear of something, for example, flying or spiders.  Many may believe that facing their phobia can be dangerous or even life-threatening.  Quite often the phobia started with an incident that triggered irrational thoughts, such as a bad flight or waking up with a spider crawling on you.  Sometimes a person can have a fear or phobia about something they have never experienced, say snakes for example.  This could be due to an ‘inherited’ or ‘learned’ mindset.  These phobias can often be cured or improved by Behaviour Exposure Therapy, where you are gradually exposed to your phobia until the fear subsides.  Others simply try and avoid their triggers, wherever possible. 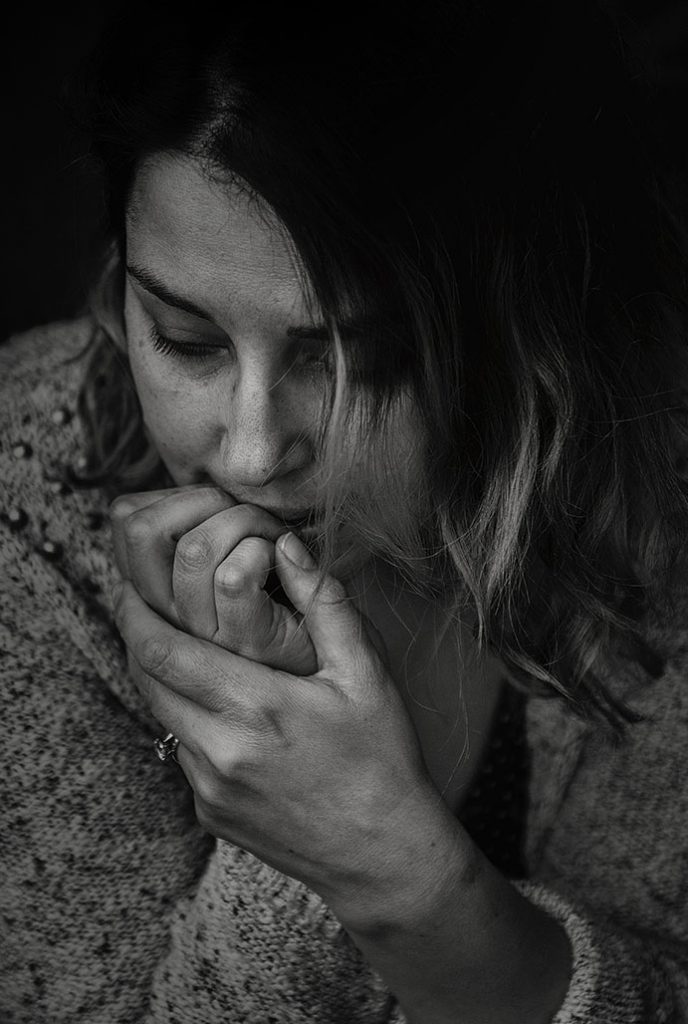 It is said that there are things that happen which are out of our control and that we tend to focus on the negative.  Some of us have a tendency to mistakenly perceive connections and create meaning between unrelated things, known as ‘apophenia’.  We see this a lot in our own field of paranormal research.  Could this be a reason for negativity towards this otherwise innocuous date?

So how does it work with a superstition?  Friday 13th is a day; and we can’t avoid a day, even if we stay in bed!  Looking at why this day has an impact on so many and the history behind it, is one way to understand the problem, the other is to get up and go out and about on Friday 13th and see what happens, using exposure therapy.

Fridays have been renowned for being ‘unlucky’.  Eve tempted Adam with the forbidden fruit on a Friday; Jesus was crucified on a Friday, and executions in Rome and England were also held on a Friday.

The number 13 is said to be just as ‘unlucky’ and to be avoided at all costs.  Houses and office floors often seem to be absent from the number 13.  In religion, Jesus and his 12 disciples (making 13) sitting down for the Last Supper before being betrayed by Judas.  Apollo 13 was launched on April 17th, 1970 (which, coincidentally, also happened to be a Friday!) and suffered an oxygen tank explosion, before returning safely to earth.

Put them together and it’s understandable why so many people have a Friday 13th superstition and avoid the day like the plague!

There are many other examples.

There are many more stories, but would these tragedies have still happened if it wasn’t Friday the 13th? 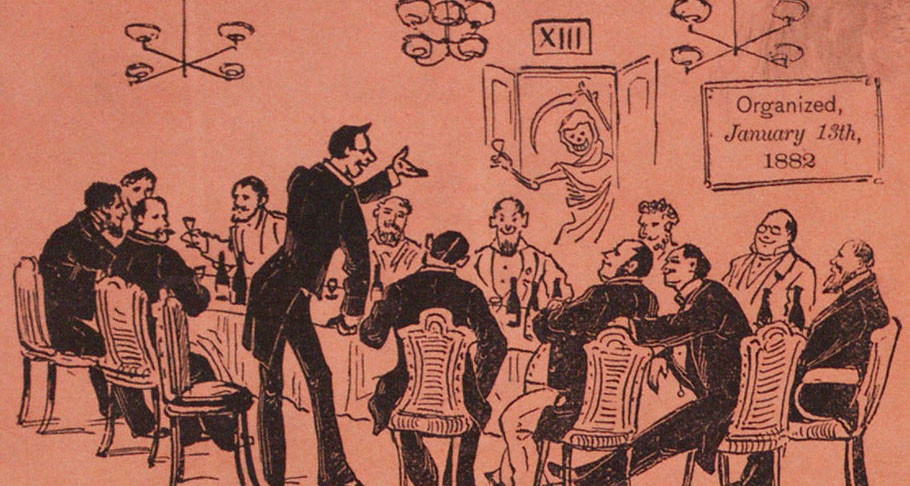 Many have tried to prove that Friday the 13th is just an ordinary day and not especially unlucky.  For example, how about The Thirteen Club which was set up in New York in 1881.  This group was started to put an end to superstitions like Friday 13th.  At the first meeting, 13 members walked under a ladder and met in Room 13 to have a meal, surrounded by piles of spilt salt.  Its popularity grew around North America for the next 45 years, before people started to lose interest.  If they were doing everything possible to encourage bad luck, how come none of them seemed to come to harm.

On the other hand, one gentleman in New York decided to stay in bed instead of facing the world on Friday 13th in 1976.  The floor of his apartment collapsed and he fell to his death!  Was he just unlucky?  Could the floor have collapsed anyway, no matter what the day? 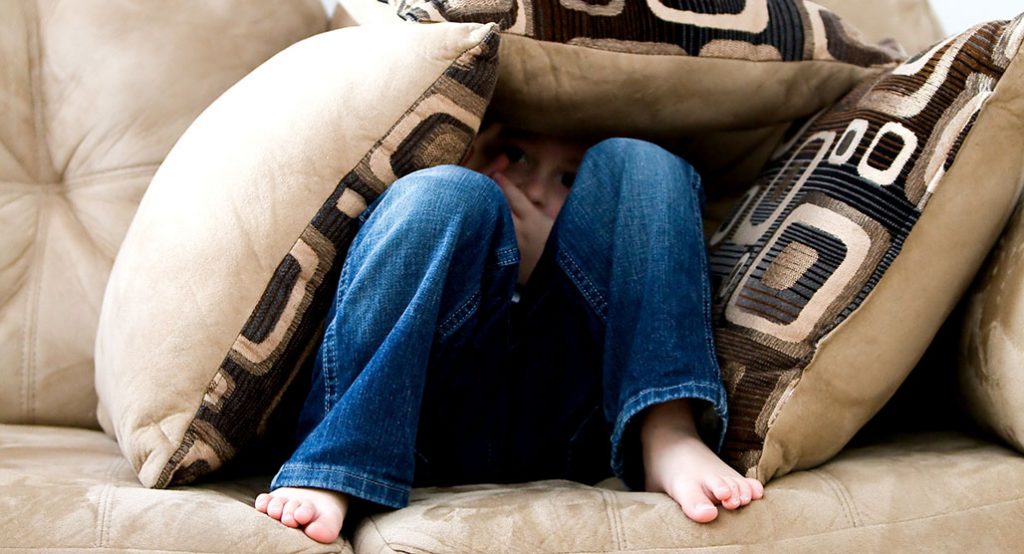 Consequences and Reality of Friday 13th

With so many religious beliefs, superstitions and stories connected with Friday 13th, it is not surprising that it can have a knock-on effect.  For example, In England, it’s reputed that a property with the number 13 on its door could be valued several thousand pounds less than its neighbouring buildings!

In America, up to 21 million people are affected by this date.  Many refuse to leave the house, or to go to work or travel, resulting in an estimated loss of around US$900 million for businesses.

There is no real evidence that there are more accidents or tragedies on Friday 13th compared to any other day, in fact, a Dutch Insurance company found that there were fewer claims for accidents, fire and theft on Friday 13th, probably due to the fact that fewer people left their house or that people were more careful on this date.

The Stock Market is thought to have a bad time on Friday 13th too, but in reality, Mondays and Fridays are quiet anyway due to Monday and Friday being classed as part of the ‘long weekend’.

American airlines state that there is no significant drop in people booking flights on this day, although other sources say that the prices of flights on that day tend to be cheaper.  Not something I’ve found whilst researching!

Not all nationalities think that Friday the 13th is unlucky.  Originally, Italians used to think the Friday 17th was their ‘unlucky’ day.  Supposedly it was to do with the Roman Numerals for the number 13, it was very close to the phrase ‘I have lived’, meaning death and bad luck.

Greece has an ‘unlucky’ day, Tuesday 13th due to the fall of some powerful groups which happened on Tuesdays!

In a number of Asian countries, the number 4 is considered unlucky as it sounds like the word for death when spoken in Mandarin.

Is Friday 13th really unlucky or is it just one of the many superstitions that are passed down through the ages?   Can a so-called ‘unlucky’ day, alongside an ‘unlucky’ number, really make people believe that the day could potentially be so bad, that many refuse to even get of out bed?  We all have our own beliefs, thoughts and opinions on this subject and maybe this will be one of those that not everyone will agree on.

Whether unlucky or not, Friday 13th is a day that has affected so many in the past and probably will do so for a long time to come! 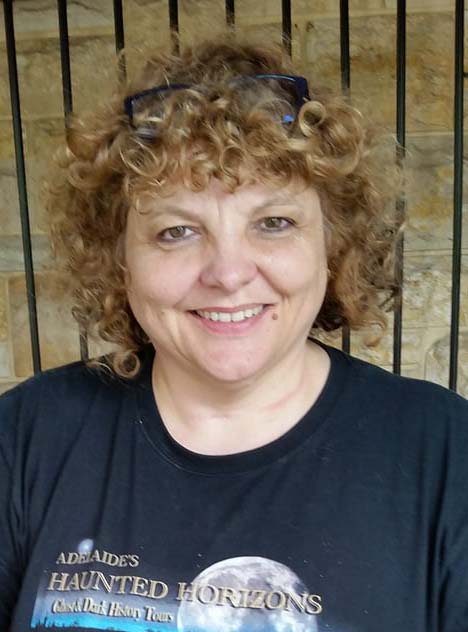