We Saved A Life – Coincidence or Divine Intervention

A Strange Tale to Tell!

Just Coincidence? Have you ever had a series of events that led you to think it was all meant to be, or that maybe you were somehow steered in a certain direction?  This was our experience.  Was it a coincidence; meant to be; our tired minds going into overdrive or fate: it is for you to decide!

We had been investigating 30 East Drive, Pontefract (aka The Black Monk House) with Amy and Jarrod from Amy’s Crypt.  Alison and I had been there before and I have to be honest, we may have been making fun of the Monk, as at the time we didn’t truly believe.  Strangely we had told ourselves that we would never go back to do this house again.  Yet here we were once more.

Getting back to our hotel room, we did the 48hr check-in for our flights back to Oz and also pre-booked our seats.  Satisfied we had done everything we could possibly do; we went to sleep.

The next morning Alison checked her laptop, only to find that our seat preferences hadn’t been accepted and we wouldn’t be next to each other on the journey home.  Twenty-seven hours is a long time to not sit next to your mate.  After an emergency call to Michael, who is Alison’s husband, all was sorted, apart from the longest part of the journey where we would be seated behind each other.  Better than nothing.  This episode held us up, causing us to leave later than we should have.

As we packed the car to head to our last investigation in Peterborough, Alison realised that she couldn’t find one of her mobile phones (we use mobile phones for our live feeds, so we do need more than one).  We searched all of the bags, to no avail.  To be honest, we had had enough by this point.  Was this the Black Monk getting his revenge? We did appear to be dogged with bad luck that morning. 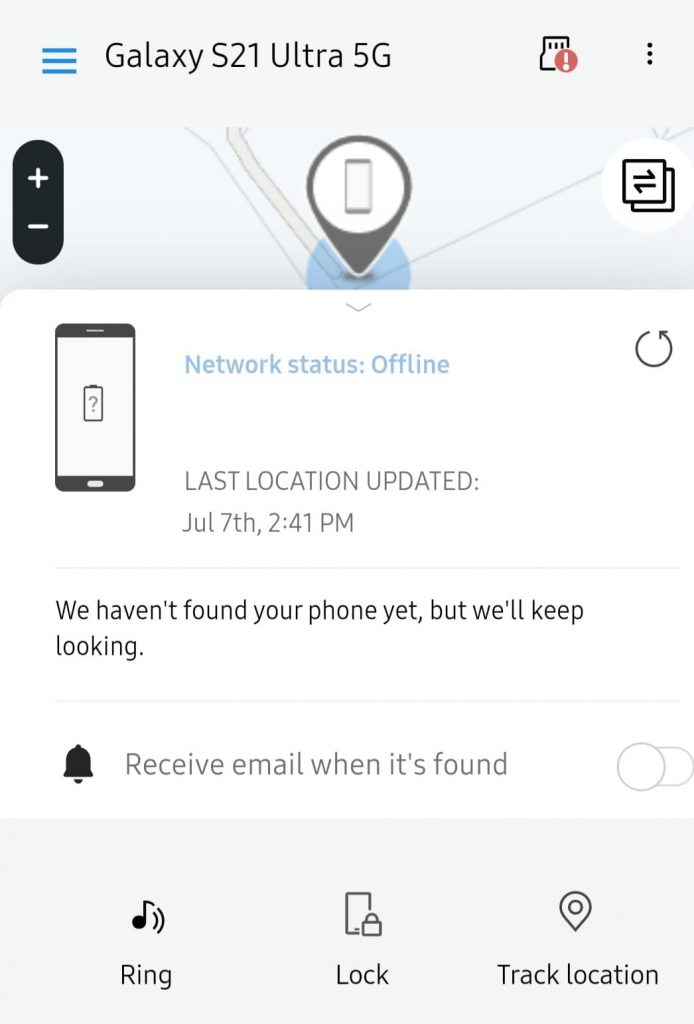 Thankfully, the phone had a tracking device, so we could see where it was.  Locating the signal in the middle of a different housing estate from the night before, we went to the property in question.  A lovely old lady opened the door to the suspected property and I explained the predicament.   She seemed very concerned for us and explained that she didn’t even own a mobile phone.  After a lovely chat, we said our goodbyes as the tracking device had registered a different property.  Turning up at this next address, it was difficult to work out which house it was, so some of the lovely locals helped us out, only to find that the property in question was empty! Thinking it could have been thrown into the overgrown garden, I braved the nettles and weeds to search the area, with no luck.  The phone was on the move again and, after a couple more addresses, no phone was found.

And so our morning was spent travelling from one address to another.  A couple of them briefly looked familiar, as we had just been down the very same road. But for some reason, ‘Find my Phone’ kept refreshing and bringing up one address multiple times.  Despite other addresses changing, this one would consistently return again and again.

As lunchtime came and went, we were getting exhausted from the chase, and still had a long drive ahead.  Feeling it was pointless, we decided not to bother with any more addresses but instead decided to find a local police station and report.  However, it turned out to be fruitless, as the addresses shown on Facebook and Google turned out to be out of date, and no such building existed now.  Thank goodness it wasn’t an emergency!

We agreed that we would track the mobile to one last building before heading off to the main police station out of Pontefract, and then on to our next venue.  It happened to be that one strangely re-occurring address that we hadn’t checked yet.  It was difficult to park near this location, so Alison pulled over behind another car on a side road, and I walked up to the house.  What was strange about this one, was that the house number didn’t exist!  I even went into a nearby shop and they tried to help me too.  Feeling defeated, I made my way back to tell Alison.

Turning the corner to the road, I saw Alison moving the car in front of the black sports car: she had originally been parked behind it.  I didn’t think much about it as it was quite a busy junction.  Getting to the car, Alison was worried and asked if I thought the lady in the sports car was ok as she had been watching her through the lady’s rearview mirror struggling to stay conscious.  So it was, I went to check on her.  I found her sitting with her eyes closed and the car door slowly opening further and further.  Cars were trying to pass her at the junction and using their horns to note their frustration.  She had parked in the most inconvenient of places.  Approaching the car, I noticed she didn’t look well.  The poor woman was hot and not very responsive.  At that moment, two men in their work truck stopped to ask if she was ok as they had noticed her car.  Confirming that she wasn’t, they rang for an ambulance and joined us to help.   There we were, all four of us as we helped out this poor lady.  As she was unable to move out of the car, the guys got a blanket to cover the windows as it was the hottest day of the year; Alison got a bottle of water for her to sip and I sat and kept an eye on her.   The poor woman passed out three times whilst we were there and was totally exhausted, dehydrated from being in a hot car, and tearful.  She held my hand and begged me not to leave her.  None of us left her side.  Alison kept an eye on the phone, as the lovely lady had some missed calls, but it was locked and we couldn’t check it out.  Eventually, it rang again and thankfully it was the woman’s partner who had been concerned as she had missed her hospital appointment.  He joined us 20 minutes later, just before the ambulance turned up, over an hour after we first rang!  The paramedics took over and, after goodbyes to our fellow rescuers and a very grateful partner, we made our way to the police headquarters.  With them not being interested in possible lost/stolen mobile phones, we sat in the car and shed a few tears between us.  It had been a long, hot, stressful, emotional day so far and now we were going to be late to Peterborough for the night’s investigation.  If it was the Black Monk who had caused such chaos, we reminded him that we had saved someone’s life – give us a break!

We did track the phone on the way down to Peterborough and, interestingly, it seemed to have been in places that we had just visited.   Were we being followed?  Did we have a stalker?  Surely it wasn’t in the car with us!  It was at that moment that Alison did state that she had asked in her mind that because of our good deed, to please give back the phone. A white box suddenly sprung to mind.  A white box that was overfilled the night before, when we left The Black Monk House.  A white box that she hadn’t checked!  I didn’t know whether to laugh or cry.

As we entered the pretty village in Peterborough, our home for the night, we pulled over to check the tracking device again and, low-and-behold, it stated that the phone was in the same village as us!  What could we do, but laugh?  We pulled up at the entrance to our abode for the night, owned by an old school friend of Alison’s, and started to empty the boot.  Alison got hold of the offending, bulging white box.  With great anticipation, Alison opened the box, only to find that the phone wasn’t there.  The Monk was having a real joke with us now.

Eventually, we stopped laughing enough for Alison to search the laptop bag yet again.  This time her hand stayed in the bag and a smirk came across her face.  I knew exactly what this meant, she had found the phone in her bag – the one she had (allegedly) checked.  Ok, the one we both checked, but mine had been a quick one.  We fell apart laughing at the whole situation, who wouldn’t.

We had been delayed leaving the hotel due to our seating situation on the plane.  We were so late leaving, that we nearly missed breakfast.

The strange reoccurring address ‘Find my Phone’ kept listing, we hadn’t been anywhere near!

This last house we checked on when Alison dropped me off and parked up, didn’t even exist!

If all of the above hadn’t happened, we wouldn’t have found the lady by the side of the road.  She could have died in the heat.

Interestingly, something similar happened on a previous visit to 30 East Drive in Pontefract.  We were due to stay overnight at the location, but there were too many people already stopping the night, so we decided last minute to go and find a hotel at 2 o’clock in the morning.  We drove past a young lady who was crying on the side of the road.  After doing a U-turn, we found out that she was very drunk and had been abandoned on the side of the road.  With the police being too busy to assist her, and feeling it was unsafe to leave a young girl alone, we drove her home to make sure she was safe.  A last-minute decision that led to helping a vulnerable young lady. Could the powers that be have remembered this act of kindness?

Conclusion and a Strange Twist

Was it just one of those things that happen, a series of unfortunate events leading to an unusual conclusion?  Could it have all just been a coincidence – a massive one, but a coincidence all the same?  Could it have been The Black Monk having a laugh with us, but also steering us in the right direction – repeating our last mercy mission?

Here is one more question.  When the lady’s distressed partner turned up and leaned in to check on his wife, Alison leaned across the passenger seat to give him the bottle of water.  She overheard him talking to his unconscious wife. One sentence stuck in Alison’s head, “She can’t have you yet!” he said.  It seemed strange but meaningless at the time.  It wasn’t until we finally managed our drive to Peterborough, and she mentioned it to me, that I told Alison the sad backstory that they had told me.  This lovely couple had lost their only daughter in a car crash weeks earlier.  “She can’t have you yet!” now made total sense and gave us the chills.  Maybe, just maybe, there was somebody else watching over this lovely lady that day!

Whichever it might have been, the good news was that we ended up in the right place at the right time and possibly saved a life.