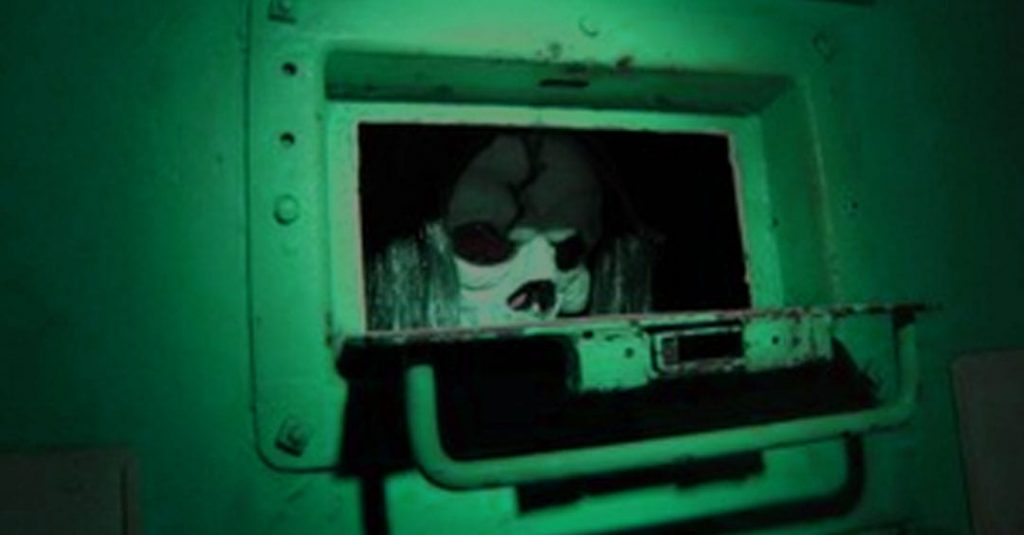 This Adelaide Gaol Halloween tour was our launch tour at the Old Adelaide Gaol and we were pretty excited to get going.  After the obligatory dressing up… yes back into my much-loved Zombie gear and makeup…. we waited for our tour to arrive. We didn’t have to wait long before the eight guests quickly started turning up.

Two gentlemen, in particular (Peter and Steve) took my interest immediately as they climbed out of their cars and straight away professed to be sceptical.  They had apparently only come along in the hope of scaring their partners and for this reason, hadn’t told them where they were going until they arrived.  They also looked like they would be a lot of fun and my initial assessment certainly proved correct as the night wore on. By the end of the night it was their partners who were more amused and the gentlemen that ended up going home slightly ‘freaked out’.  We love it when this happens!!!

Our two other couples were also lovely people and a delight to have with us on our special night.

Our Halloween Gaol Tour started with a tour of the Gaol where we discussed past experiences and theories on characters that could account for what people are experiencing in there before taking a coffee break to review past evidence.  It was whilst on this coffee break that I noticed Peter was looking slightly shaken.  On asking what had happened, he said he had been standing at the foot of the metal staircase in the New Building, listening to my stories, when something had started to stroke his head.  He had turned around, thinking somebody was playing a trick, only to find nobody was close to him.  He described it as a very definite stroking sensation.

And so it was the coffee break ended and it was time to split into smaller teams.  Sending the other two couples with Anna, I proceeded to the New Building with Pete, Steve and their partners.  Steve was expressing his eagerness to sit in one of the Solitary Cells by himself.  As I am always happy to oblige… in he went!  It wasn’t long before he burst back out claiming that as he sat there he had felt something seemingly moving around on the wooden bed with him.  Putting this down to the imagination, and because we found it amusing to do so, his wife and I encouraged him back in and once more shut the doors on him.  As we stood timing him on our watches, it wasn’t long before he burst out once more, claiming he had felt the same thing happen again.

It was at this point we all joined him in the cell and we closed the doors and decided to do some EVP experimentation.  On listening back to the session, we had no EVP appear on any of the audio. However, we did turn on the ‘ghost box’ for a little entertainment and some of the responses did appear to be curious, although it should be kept in mind that they could still be coincidental and taken as such.

You don’t have to wait for another Gaol Halloween to do a paranormal investigation at the Adelaide Gaol as well as other venues such as Z Ward Asylum and the National Railway Museum  We run these on a regular basis… so join us!

The following video is a compilation of these from the night.